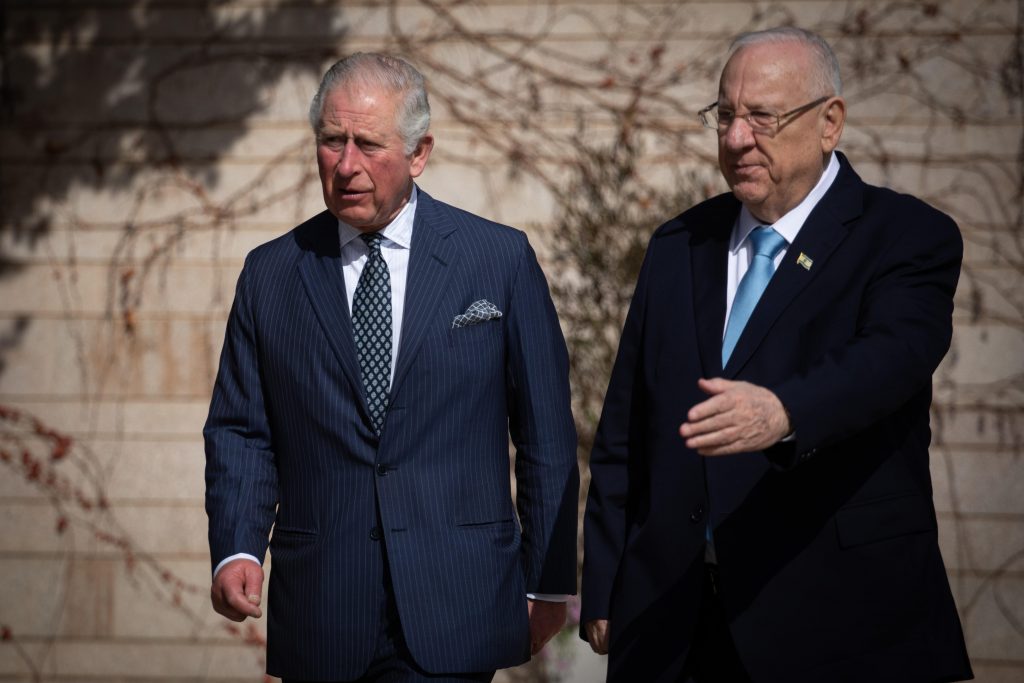 Britain’s Prince Charles has made a donation to the Peres Center for Peace in Israel, the first such gift from a royal family member to be made publicly, Globes reported on Wednesday.

While the amount was not disclosed, it was described as a “significant sum.”

Donations by the royal family have been made before confidentially with no publicity; this was first time it was done openly.

At the invitation of President Reuven Rivlin, Prince Charles made his first official visit to Israel in January 2020 when he spoke at the Fifth World Holocaust Forum at Yad Vashem in Yerushalayim to mark the 75th anniversary of the liberation of Auschwitz. He had twice previously visited Israel for the funerals of former Prime Ministers Yitzhak Rabin and Shimon Peres.

British Ambassador to Israel Neil Wigan said, “We were honored to host The Prince of Wales and The Duke of Cambridge in Israel in past years. This private donation demonstrates the impact of those visits and the importance of the relationship between Israel and the U.K.”

Chairman of the Peres Center for Peace and Innovation, Chemi Peres said: “It is a great honor to be the first Israeli non-profit to receive support from a member of the Royal Family. His Royal Highness The Prince of Wales’ generosity will help ensure that the Peres Center for Peace and Innovation continues Shimon Peres’ legacy of building a better future for all people. Especially in the midst of a global pandemic, it is important to reach beyond borders for the sake of a better tomorrow. I thank His Royal Highness for joining hands with us.”