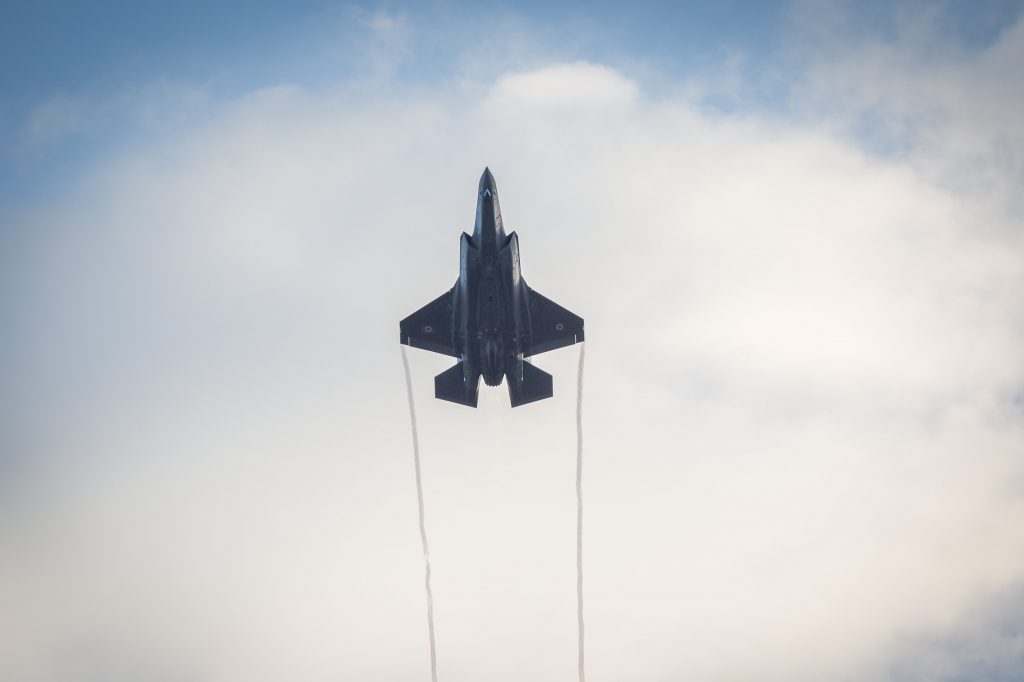 The Foreign Affairs and Defense Committee, chaired by MK Zvi Hauser (Derech Eretz), held a debate on Monday titled, “The disclosure that the prerequisite for the peace agreement with the United Arab Emirates is a huge arms deal that includes advanced F-35 aircraft and other advanced technological means.” The debate was held at the initiative of MKs Nitzan Horowitz (Meretz) and Elazar Stern (Yesh Atid-Telem).

“For many years, Israel was vehemently opposed to the sale of these aircraft in particular, and highly advanced weapons in general, to other countries in the region,” MK Horowitz said at the opening of the meeting. “Until now, the United States refrained from approving requests to purchase these planes, among other things due to Israel’s objection. The fact is that this time, this deal will take place. Israel has admitted this as well.” The public, as well as the security establishment, is being misled, MK Horowitz charged. “How can the country’s security be managed when the Prime Minister closes something like this directly with the Americans and the Emiratis? How can one understand what the significance is to the country’s security, and, in light of the harm caused to Israel by this deal, what was Israel promised in return, as far as maintaining our qualitative edge is concerned?” he asked.

“[Prime Minister Binyamin] Netanyahu and his people knew full well, even before the agreement was signed, that the aircraft deal was a main component of the [agreement],” Horowitz said. “They simply lied in order to bypass the security establishment and prevent any possible objections. It’s the same pattern of the submarines deal, in which interests that are not related to the security of Israel become part of the considerations.”

Reuven Azar, Deputy Head of the National Security Council for International Affairs and Foreign Policy Advisor to the Prime Minister of Israel, said that only after the peace agreement was signed on September 15, 2020, did the Americans announced their plan to promote an arms deal with the UAE. Following the announcement, he said, the Defense Minister (MK Benny Gantz of Blue and White) traveled to Washington, and upon his return, a press release was published that included the agreement he signed with U.S. Secretary of Defense Mark Esper to retain Israel’s qualitative edge for the coming decades. “There was no secret negotiation,” and the peace agreement with the UAE was not conditioned on the sale of any sort of weapon, Azar told the committee. “Only after the [peace agreement was signed] did the Americans ask us to reconsider the arms deal, which the UAE had requested from the Americans for many years prior.”

Head of Strategic Planning in the Defense Ministry, Capt. Yigal Ostenovsky, said “Being [part of] the professional echelon, the question of whether there were any prior understandings or agreements did not interest me. I was tasked with conducting dialogue with the Pentagon, and there was constant work from the end of September throughout all of October. Thanks to this work, as well as our intimate and productive cooperation with the Pentagon and the State Department, the Defense Ministry competed the mission impressively and understandings were reached that will secure Israel’s military and qualitative edge – the QME – for many years to come.”

At the end of the meeting, the committee approved a draft resolution stating that it “views the agreement with the United Arab Emirates and its consequences as an issue that pertains to the core of Israel’s national and security interest. The committee noted the remarks of the government representatives, but it does not consider them evidence, and it plans to hold an additional hearing on the matter in the Subcommittee on Intelligence.”