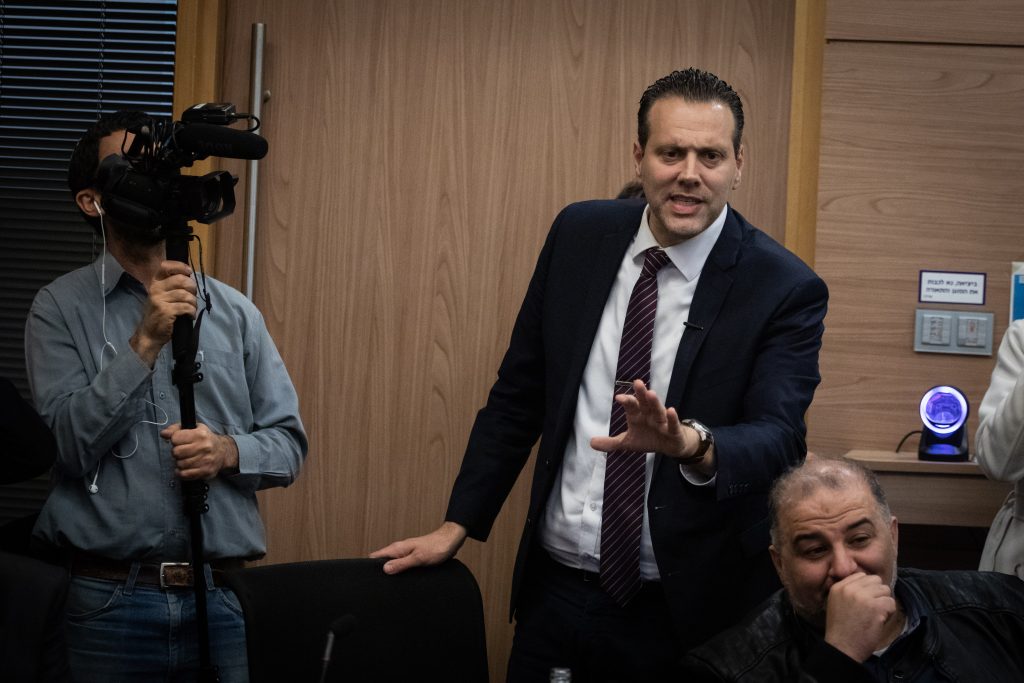 Likud party leaders came to the defense of their colleague MK Miki Zohar on Thursday following reports that he had been interrogated by police on suspicion of extortion by threats against Attorney General Avichai Mandelblit.

In mid-October, Zohar demanded Mandelblit’s resignation, or else he would release damaging recordings that would force him to step down.

Although police officials had not divulged the identity of the suspect, Zohar revealed that he was questioned over comments he made in a radio interview, accusing the prosecution of attempting to “silence” his right-wing views.

Likud MKs lined up behind Zohar on Thursday: Knesset Speaker Yariv Levin said that “as Speaker of the Knesset, I cannot accept a situation in which a Knesset member is questioned because of his statement made in the course of his public office. Today, a new concept of ‘silent investigation’ has been established with the aim of deterring public figures from freely stating their position,” Arutz Sheva reported.

“The immunity of Knesset members is meant precisely for this purpose, to ensure that they can criticize the systems of government and express their position without fear. The power held by law enforcement is a tremendous power. The use of this power must be careful, proportionate and especially facts-based. The use of this power for the purpose of ‘silent investigation’ indicates a severe lack of judgment and an understanding of the limitations of this power,” Levin added.

“I expect all the heads of the Knesset factions to unite in demanding the cessation of this investigation, and respect for the powers of the Knesset members and their ability to perform their duties. This time it is up to all of us to transcend any political or party considerations.”

Public Security Minister Amir Ohana said: “This is a badge of shame for the police, the Attorney General and the State Attorney’s Office that an investigation into an unsuccessful statement (which was later clarified) which was made during a radio interview.”

Minister Zeev Elkin added that “summoning MK Zohar for a criminal investigation following his remarks in a radio interview is an act which crosses of all boundaries of parliamentary immunity and freedom of expression for Knesset members.”

“One can argue with the style and MK Zohar also issued after the act a clarification and apology for his remarks, but a criminal investigation? Whoever approved this investigation severely damaged democracy,” Elkin wrote on Twitter.

The police said in a statement: “The investigation is being conducted with the approval and accompaniment of the State Attorney’s Office. Beyond that, and naturally, we will not be able to expand on further details from ongoing investigations.”