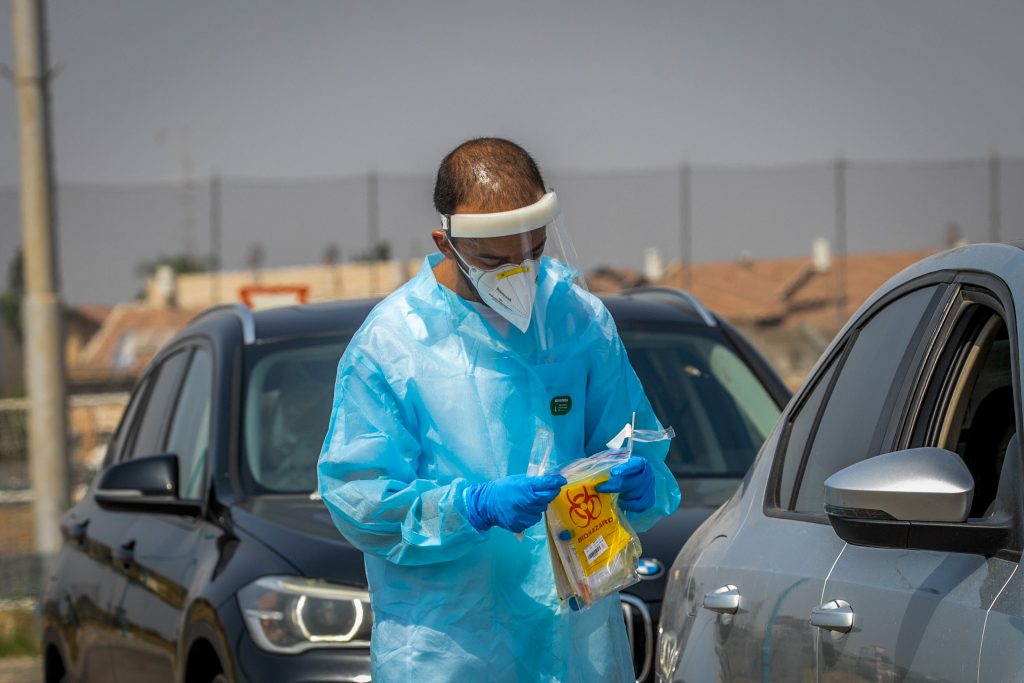 The Health Ministry said Monday morning that 559 new coronavirus cases were recorded on Sunday after not releasing any new data on the pandemic for 24 hours.

The ministry failed to report the virus figures recorded over Shabbos, due to a technical malfunction. As a result, on Monday morning health officials released the combined figures of both Shabbos and Sunday.

According to the data, on Shabbos 249 people tested positive for the coronavirus after 6,488 tests had been conducted. On Sunday, health officials conducted 20,835 tests, putting the national contagion rate at 3%.

The number of patients who are battling the virus in hospitals now stands at 942, of whom 506 are in serious condition and 206 are ventilated. Israel’s death toll has risen to 2,397.

In some municipalities, however, the contagion rate is considerably higher than the national average. For instance, in Umm al-Fahm, the rate stands at 8.8%, in Majdal Shams at 8.4% and in Bawaina-Nujidat in the Lower Galilee at 7.8%.