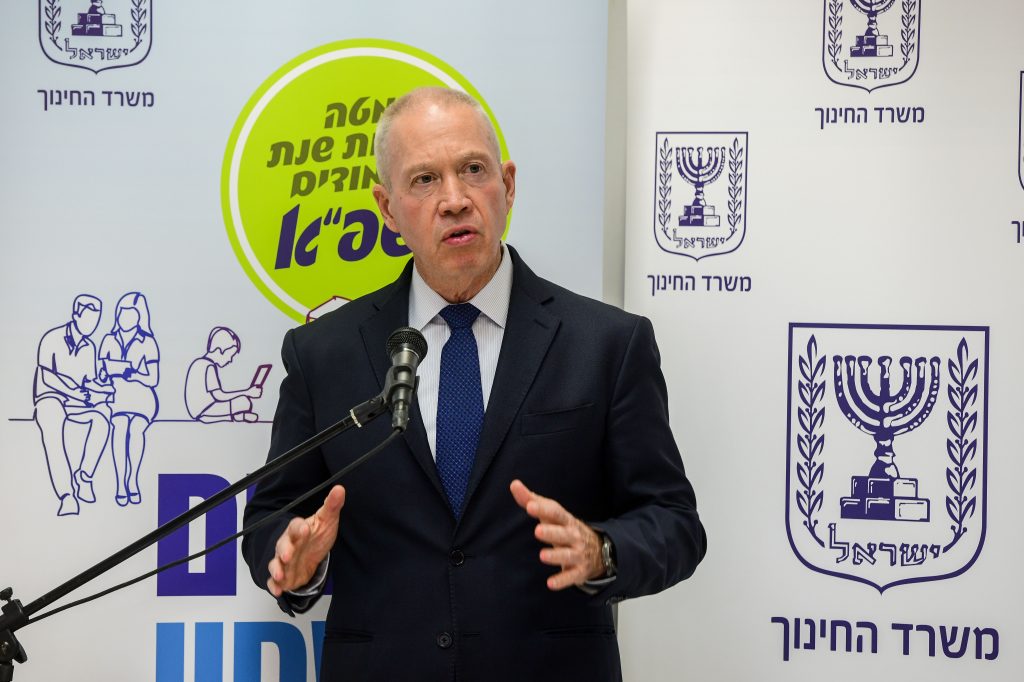 The Israeli Teachers Union warned of a strike if measures are not implemented to protect the health of teachers as schools reopen across the country, The Jerusalem Post reported on Sunday.

Teachers Union Head Yaffa Ben-David called on the Education Ministry to enter “immediate dialogue” on the problem, and said in a letter that some 120,000 teachers will not go to work amidst the ongoing “failures” in the handling of the matter.

Ben-David claimed, furthermore, the union was ignored by the ministry when it sent requests in writing asking for discussion, that she was only invited to meet Education Minister Yoav Galant on Sunday, the same day the kindergartens opened.

Head of the Kindergarten Teachers Union Dorit Hazan described the reopening of kindergartens “odd and [based on] hallucinations,” alleging it was done “without preparations or offering decent conditions to kindergarten teachers and educators.”

Preschools in co-called “red cities,” where coronavirus rates are high, were also reopening. The Education Ministry suggested that those who work in kindergartens should get checked for COVID-19, but it was not requiring it.

The Ministry of Education reported that approximately 90% of the nation’s kindergartens were operating on Sunday, in line with the new coronavirus guidelines.