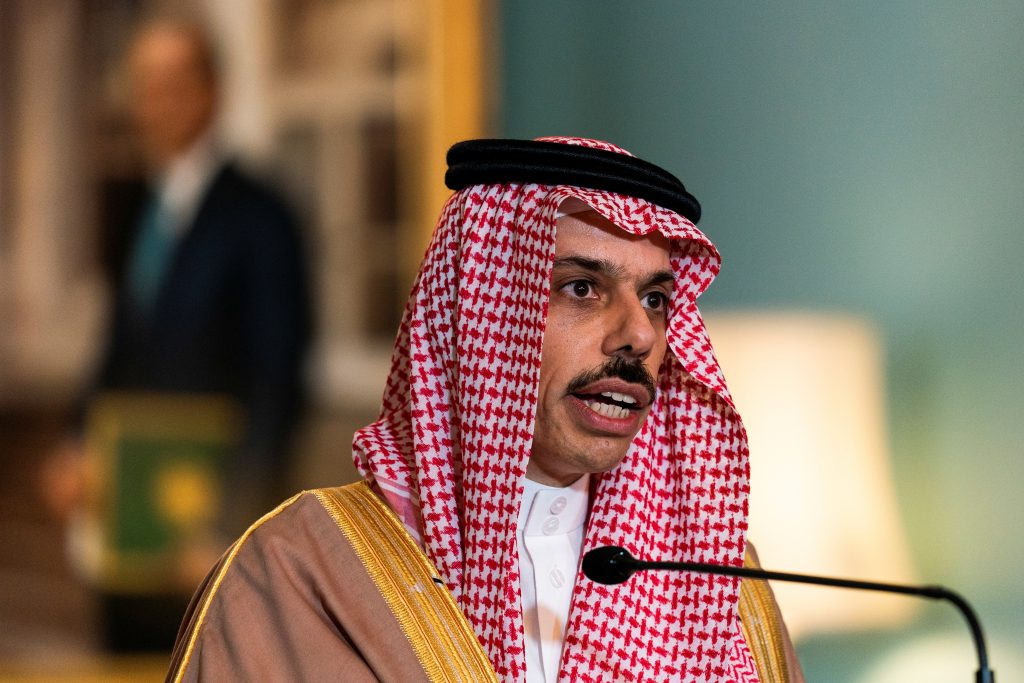 The main focus of Middle East peace efforts should be to bring Israel and the Palestinians back to the negotiating table, the Saudi foreign minister said on Thursday in a comment suggesting that Israeli-Saudi normalization is unlikely any time soon.

There has been speculation Saudi Arabia could follow in the footsteps of the United Arab Emirates and Bahrain, which on Sept. 15 signed agreements to establish formal ties with Israel, the first Arab states to do so in a quarter of a century.

Speaking to the Washington Institute for Near East Policy think tank, the Saudi foreign minister also said he hoped it may soon be possible to resolve a dispute that led Saudi Arabia, the United Arab Emirates, Bahrain and Egypt to sever political, trade and transport ties with Qatar in mid-2017.

The four accused Qatar of supporting terrorism and cozying up to regional foe Iran. Doha denies the charges and says the embargo by its fellow Gulf Arabs aims to undermine its sovereignty.

“We hope … that we are able to find a path forward to address the legitimate security concerns … that drove us to take the decisions we took,” he said. “I think there is a path towards that and we are hoping that we can find that in the relatively near future.”

Asked when that might happen, he replied: “Your guess is as good as mine.”