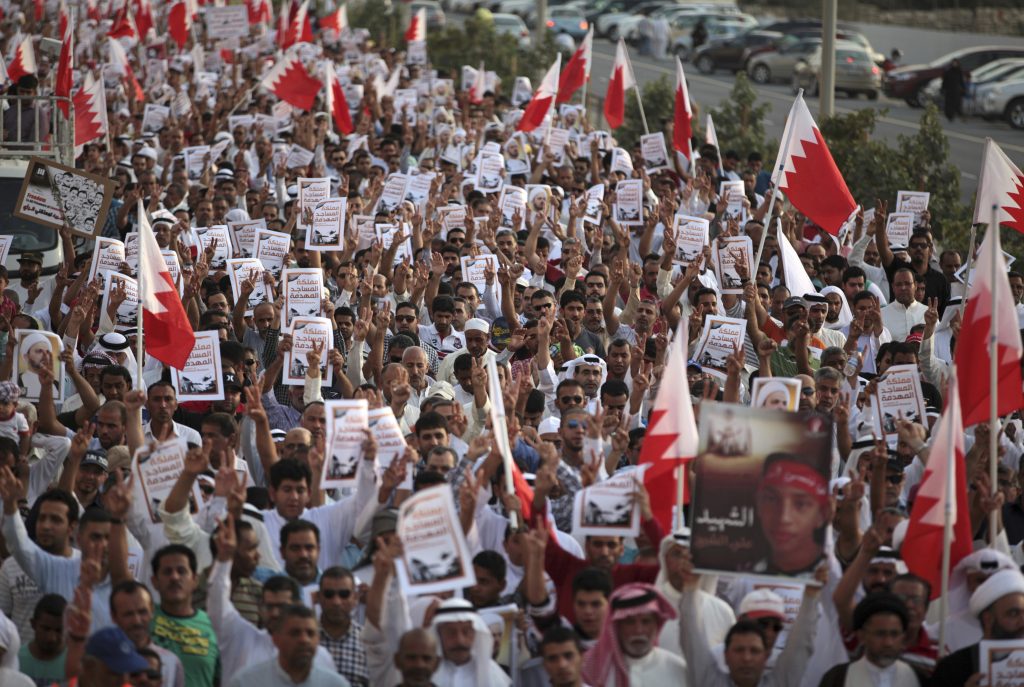 Bahrain may have won international praise for following in the United Arab Emirates’ footsteps and establishing ties with Israel, but the dramatic move by the close U.S. ally could stir a new wave of opposition at home.

While the deal will enable Bahrain’s Sunni Muslim monarchy to win more support from Western and regional partners, it risks deepening political tensions and may energize a long demoralized opposition led by the Shi’ite majority.

Bahrain, host to the U.S. Navy’s Fifth Fleet and other international naval operations, was the only Gulf Arab state to witness a sizeable pro-democracy uprising in the 2011 “Arab Spring,” which it quashed with Saudi and Emirati help.

Low-level dissent has continued, periodically flaring into rock-throwing skirmishes and crude bomb and shooting attacks, putting the kingdom on the frontline of a region-wide tussle for influence between Iran and its Sunni rival Saudi Arabia.

The government has used an array of powers to quell the unrest: Arrests, security raids, revoking of citizenship and bans on opposition parties and newspapers have helped reduce the risk of big popular protests.

But anger has boiled anew since the deal was announced on Friday.

Sporadic street protests have taken place each night since the accord, which the government says supports “peace between Bahrain and Israel.” The authorities avoid the contested term “normalization,” which to some suggests entrenching Israel’s diplomatic and military superiority over Palestinians.

“I am Bahraini and the Bahraini regime does not represent me,” read one protest banner, shared on social media.

“Normalization is treason,” read others.

Asked to comment on opposition to the deal, including opposition allegations that the government has limited the scope of parliamentary debate, a government spokesperson said freedom of opinion and expression are protected by the constitution and the government continued to uphold them robustly.

“The historic diversity of Bahrain has shaped a society that embraces coexistence and tolerance. These principles are vital to securing lasting regional stability and peace, and underpin the declaration of peace signed by the Kingdom of Bahrain and the State of Israel,” the spokesman said in a statement to Reuters.

Manama accuses Shi’ite Muslim Iran of seeking to subvert Bahrain. The government denies repressing the opposition and says it is protecting national security from groups it calls terrorists backed by Iran. Tehran denies it backs subversion.

Analysts say despite the surge in popular anger, the deal may have strengthened the government, since traditional allies are more likely to turn a blind eye to any further crackdown.

“The move will garner Bahrain some credit in Washington, which could reduce the already limited pressure Manama faces on its domestic policies from the U.S.,” said Graham Griffiths, associate direct at Control Risks.

Bahrain’s interior minister said shortly after the announcement that the deal with Israel protects Bahrain’s interests amid what he called the danger from Iran.

The island nation has long been heavily dependent on close ally Saudi Arabia, and was bailed out financially in 2018 with a $10 billion aid package from Saudi, the UAE and Kuwait.

“Bahrain is squarely focused on its critical ties with the United States and with its Gulf allies in Saudi Arabia and the UAE. These political dependencies condition immediate Bahraini alignment with the leadership in Abu Dhabi and Washington on this critical issue,” said Kristin Smith Diwan of the Arab Gulf States Institute in Washington.

Opposition figures say that a week before the agreement was announced, the government prepared for opposition to it by amending a law to further control parliament. A royal decree, announced on Sept. 3, ordered both houses of parliament to limit daily speaker numbers and banned criticism, blame or “accusations that harm the country’s interests.”

“Eroding parliament’s power has been ongoing since 2011 and the last royal decree has actually signed its death certificate,” said Ali Alaswad, a former lawmaker of the main Shi’ite opposition group al-Wefaq, now in exile.

Defending Palestinian rights has been a state-sanctioned cause uniting Sunni and Shi’ite Muslims in Bahrain for decades, and its accord with Israel has left some in a tricky position.

Founded in 2002 and with an office in the capital Manama, the Bahraini Society Against Normalization with the Zionist Enemy said it was taken unawares.

“Some social media influencers started to accuse us of intolerance and called on the government to dissolve our organization,” said a founding member, declining to be named.

“The accord with Israel was a complete surprise for us,” he said.

Both UAE and Bahraini officials have sought to reassure the Palestinians their countries are not abandoning their quest for statehood, despite Palestinian leaders having decried the deals as a betrayal of their cause.

Foreign Minister Abdullatif al-Zayani told state media on Sept. 11 that Bahrain supported the 2002 Arab Peace Initiative, a proposal under which normalization with Israel would entail full Israeli withdrawal from territory captured in 1967.