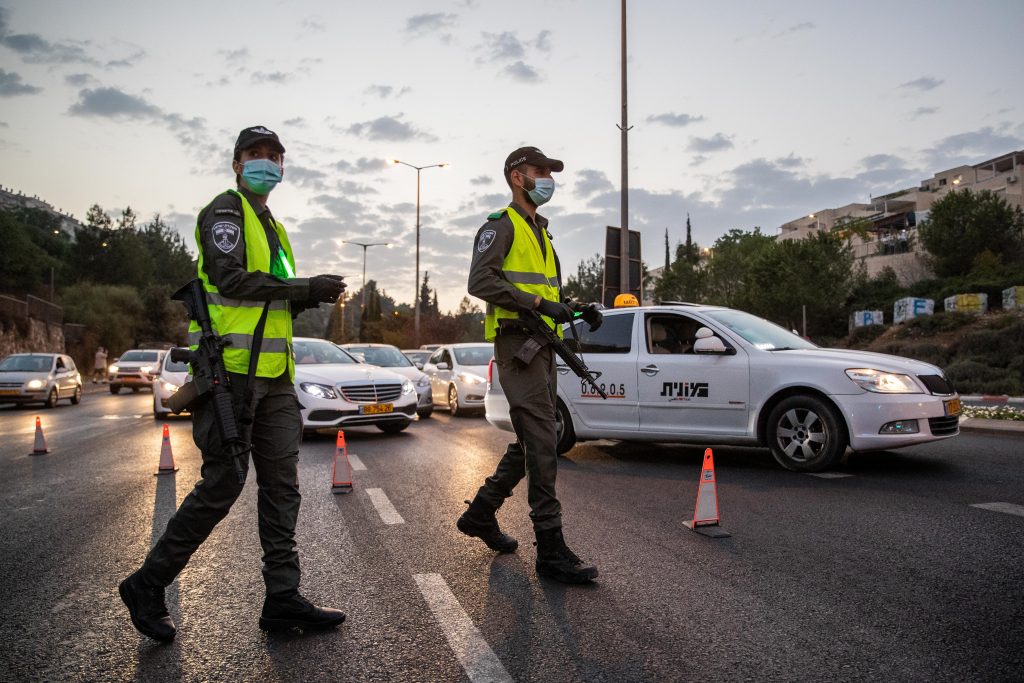 The Health Ministry on Thursday morning announced that nearly 4,000 coronavirus cases had been diagnosed in Israel over the previous day, as ministers were expected to discuss possible new regulations at a Cabinet meeting.

The ministry said 3,904 cases were diagnosed on Wednesday, the highest daily rate since the start of the pandemic, taking the number of active cases in the country to 31,769.

The death toll stood at 1,054 after 11 deaths were reported Wednesday.

The number of patients in serious condition was at 474, with 133 of them on ventilators. Additionally, there are 158 patients in moderate condition.

The ministry said there were 43,455 tests carried out on Wednesday with a positive rate of 9%, a figure that has remained consistently high over the past few days.

Top health officials on Wednesday night reportedly urged Prime Minister Binyamin Netanyahu to place the country under immediate lockdown to stem the spread of the coronavirus, ahead of a critical meeting Thursday of the Coronavirus Cabinet.

Netanyahu presented with various options, ranging from a full month-long lockdown on the entire country over the chagim, to a “breathing” closure in which schools and businesses would close for weeks but only movement between cities would be curtailed, to limited rules applying only to Rosh Hashanah, Yom Kippur and Sukkos.

A source present at the meeting told Walla news that Health Minister Yuli Edelstein and ministry Director-General Chezy Levy both urged Netanyahu to impose significant restrictions as swiftly as possible, citing the strain on the health-care system from the spiraling number of virus cases.

According to the report, coronavirus czar Prof. Ronni Gamzu, who came into the post as a campaigner against broad lockdown measures, gave decision-makers a few options ranging from heavy-handed lockdowns keeping people under lock and key, to just restricting movement between cities. The report said he agrees on the general need for tighter restrictions.

The most heavy-handed scenario could see Israelis prevented from venturing more than 500 meters from their homes except for essential needs for three weeks, with most businesses and schools closed. Other proposals raised at the meeting suggested closures on the holidays themselves, but not throughout the entire period, with restaurants and tourist sites permitted to remain open in low-infection areas and some curbs introduced in workplaces. The proposals will be discussed at Thursday’s Cabinet meeting.