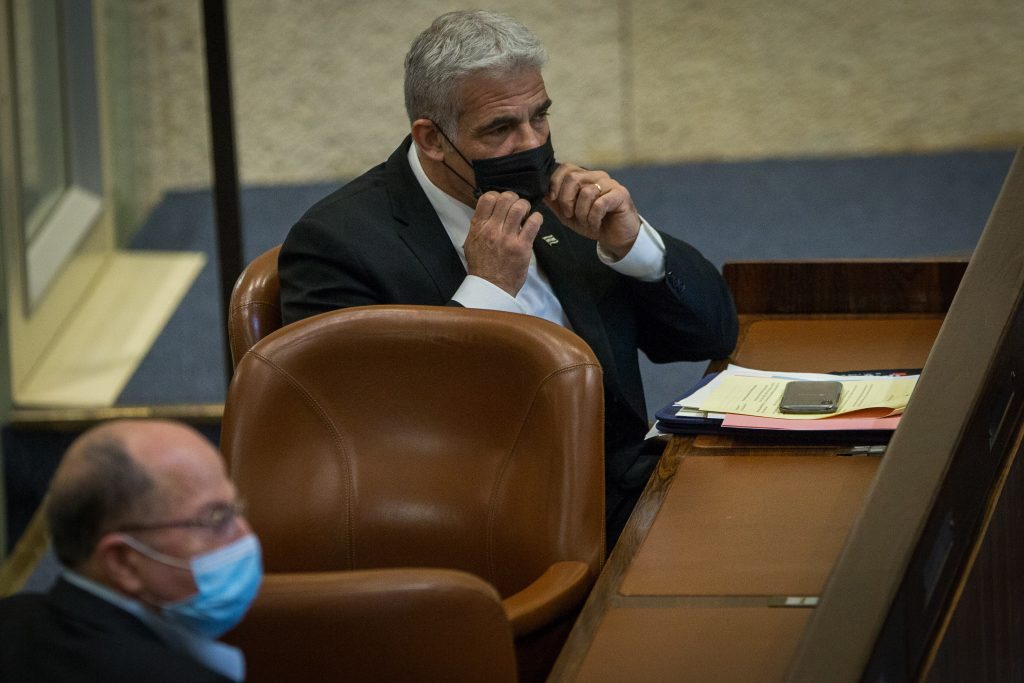 Yesh Atid leader Yair Lapid continued to stand fast against a demand for democratization of his party on Monday, telling a faction meeting that he won’t allow open primaries for the chairmanship and that any challenge to him won’t be until next year.

“We are working with our branch heads so that we can hold the first party conference during 2021. At that conference, we will find the best way to hold internal elections for leader of the party,” Lapid said, ruling out open primaries for all party members, according to media reports.

Lapid’s comments came in response to a call for party elections from Ofer Shelach, a veteran MK who said he wants to run for the leadership.

“In the last few days, I have presented to Yair Lapid the urgent need to renew the face of Yesh Atid. The postponement of the Knesset elections allows us to do what is needed to build a worthy alternative [to the governing Likud] ahead of the next elections,” Shelah wrote on Facebook.

He added: “That must begin with immediate, open primaries for the role of party chairman. I will contend and I would be happy if there are others.”

“There will be an election, I welcome it and it’s time. But we’ll do it without pressure. No one sets me an ultimatum. I won’t let the things that ruined parties like Labor or Kadima to also ruin Yesh Atid.” Lapid said, referring to internecine struggles that ravaged them.