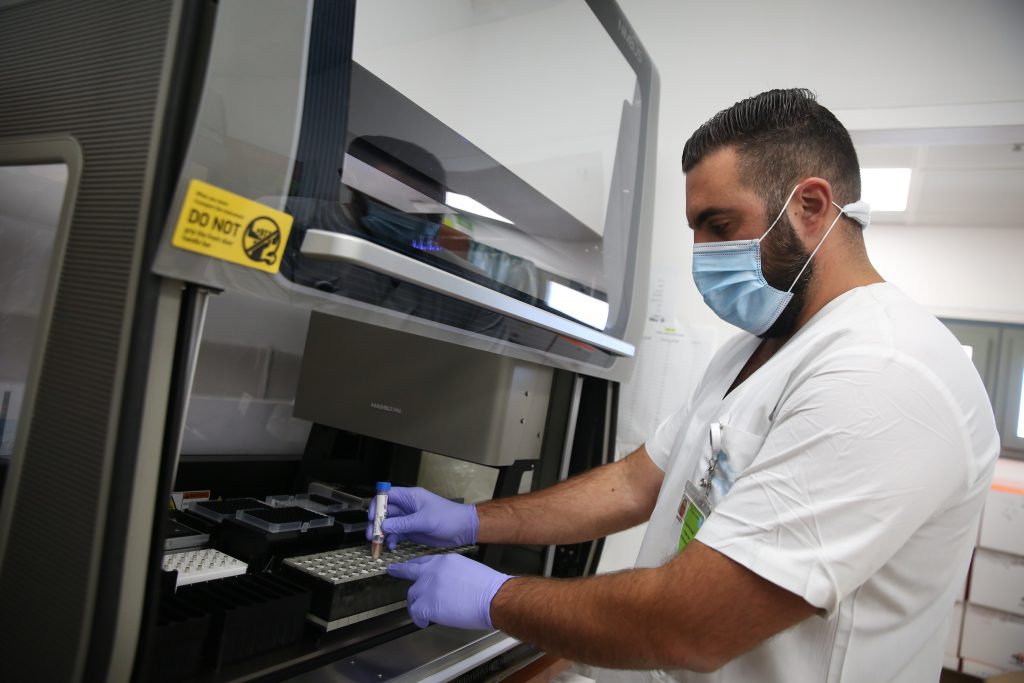 Technicians at publicly-funded labs have settled their dispute with the Finance Ministry after a weeklong strike, The Times of Israel reported.

Approximately 2,000 laboratory workers in 400 labs agreed to return to full-time work after understandings were reached on Sunday regarding pay rates.

The strike only marginally affected coronavirus testing; those who tested positive were being reported so that epidemiological surveys could be carried out. Emergency room and other urgent tests were conducted despite the strike to avoid endangering the lives of patients.

Lab technicians have said they are paid a fraction of what workers doing the same job at private clinics get, creating an unfair disparity that also makes it hard to attract or keep workers, leading to them being overworked.