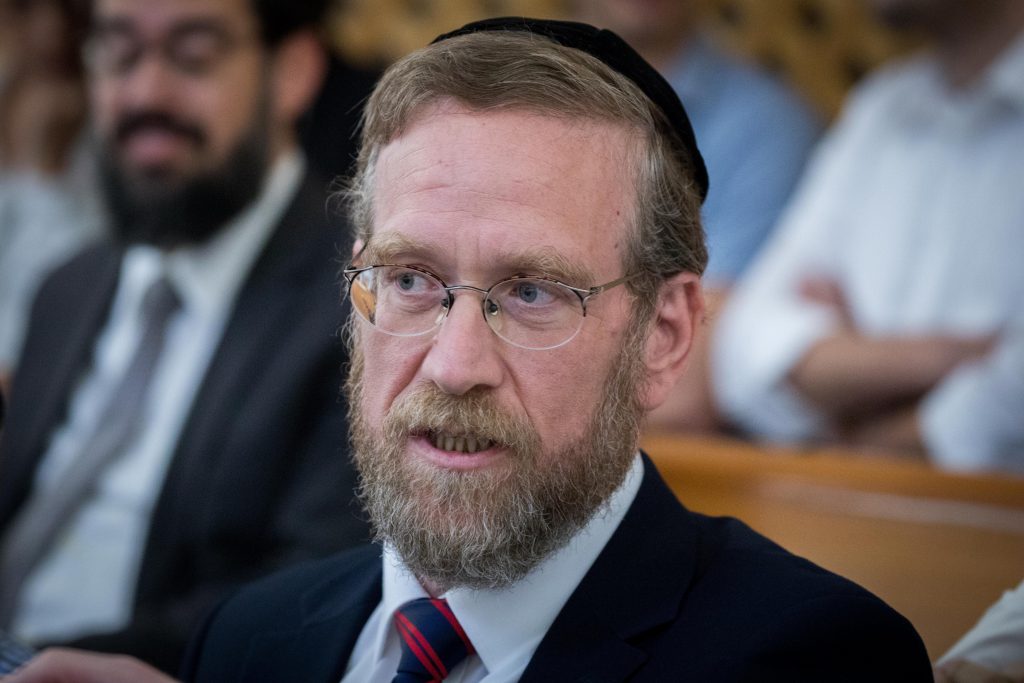 The Knesset’s Finance Committee is moving forward with a critical vote which could make or break the ruling coalition government, MK Rabbi Yitzchak Pindrus (United Torah Judaism) said Sunday, giving the government just hours to reach an agreement on the bill.

Rabbi Pindrus, who is serving temporarily as Finance Committee chairman in the absence of MK Rabbi Moshe Gafni after he underwent a medical procedure last week, said that the Likud and Blue and White have until 9:00 p.m. Sunday night to reach an agreement on MK Tzvi Hauser’s (Derech Eretz) compromise plan which is aimed at preventing snap elections.

Despite a compromise proposal supported earlier by both Likud and Blue and White, the parties did not succeed in reaching an agreement in time for Sunday afternoon’s meeting of the Finance Committee.

The compromise is intended to help avoid the November 17 elections that would be initiated automatically by midnight Monday night if no bill is passed into law by then to postpone the deadline for passing a state budget. The proposal calls for delaying key appointments that are important to both Likud and Blue and White.

The Likud has called for a single-year budget, citing the resurgence of the coronavirus pandemic, while Blue and White has insisted on a two-year budget.

The two sides have yet to agree on Hauser’s bill, with the Likud calling for changes in the current spending plan – including funding for yeshivos and Religious Zionist schools – it says are necessary during the 100-day interim period. Blue and White has refused to accept the changes, demanding Hauser’s bill be voted on with no modifications.

“We have a moral obligation to prevent elections and chaos in the country,” Rabbi Pindrus told members of the committee.

He then adjourned the meeting until 9 p.m. and then said that when it reconvenes, “if Likud and Blue and White have not reached an agreement, we could announce to the people of Israel that we are going to elections.

“We’ve gotten to a certain level of chaos, and we need to know what is going on,” Rabbi Pindrus said.

Hauser’s bill, which would grant the government a 100-day reprieve from the budget deadline, would maintain 2019 spending levels, with modifications agreed upon by the Likud and Blue and White.

The bill would also freeze a series of high-level appointments in the judiciary – including for the state prosecutor – temporarily removing another major stumbling block for the government.

One technical possibility if no compromise is finalized is that a constructive no-confidence vote could be passed on Monday that could lead to a new coalition without Likud or without Blue and White. Opposition MKs Moshe Ya’alon (Yesh Atid-Telem) and Tamar Zandberg (Meretz) called for such a maneuver, but Hauser, whose support would be needed, ruled that out, as did MKs in Likud and Blue and White.