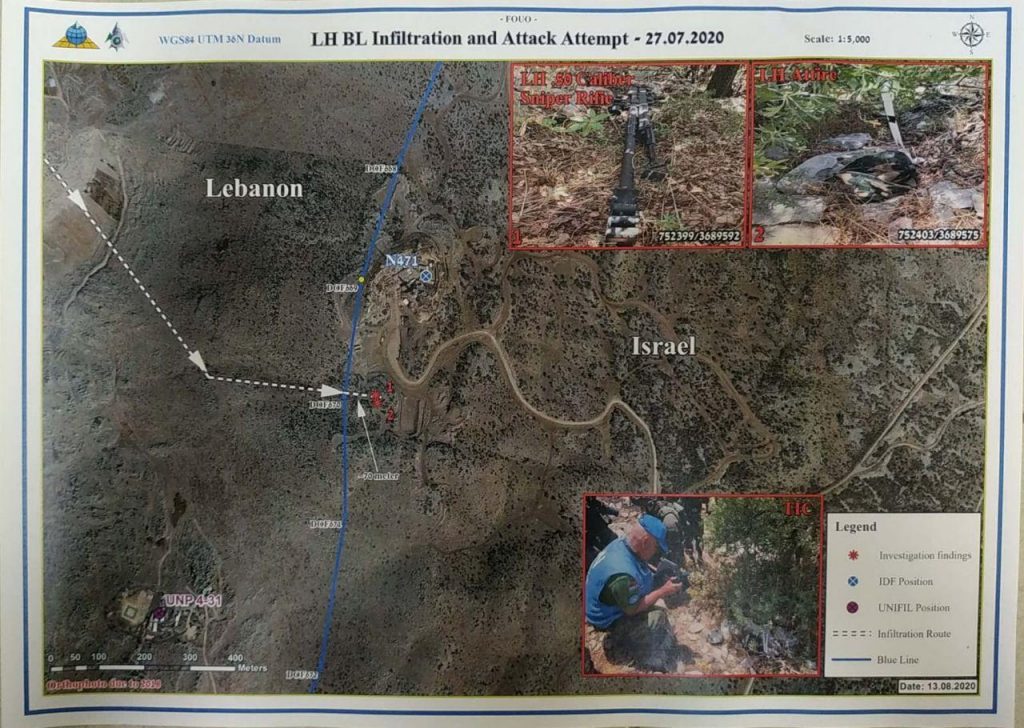 On Monday, Israel’s new ambassador to the U.N., Gilad Erdan, sent an official letter of complaint to the members of the Security Council containing intelligence material proving that Hezbollah terrorists infiltrated into Israel last month.

The Israeli mission to the U.N., in a statement, provided a map laying out the route of the border breach.

“Today I sent a letter to the U.N. Security Council containing intelligence proving that Hezbollah terrorists recently infiltrated into Israel,” Erdan said. “Hezbollah’s leader Nasrallah has consistently lied about this, his terrorist group’s operations will lead to disaster for Lebanon.

“UNIFIL is supposed to prevent such infiltrations. If it cannot stop Hezbollah from turning southern Lebanon into a terrorist base, then its purpose must be questioned. To be effective, its mandate must include expanding access and oversight into areas where Hezbollah operates.”