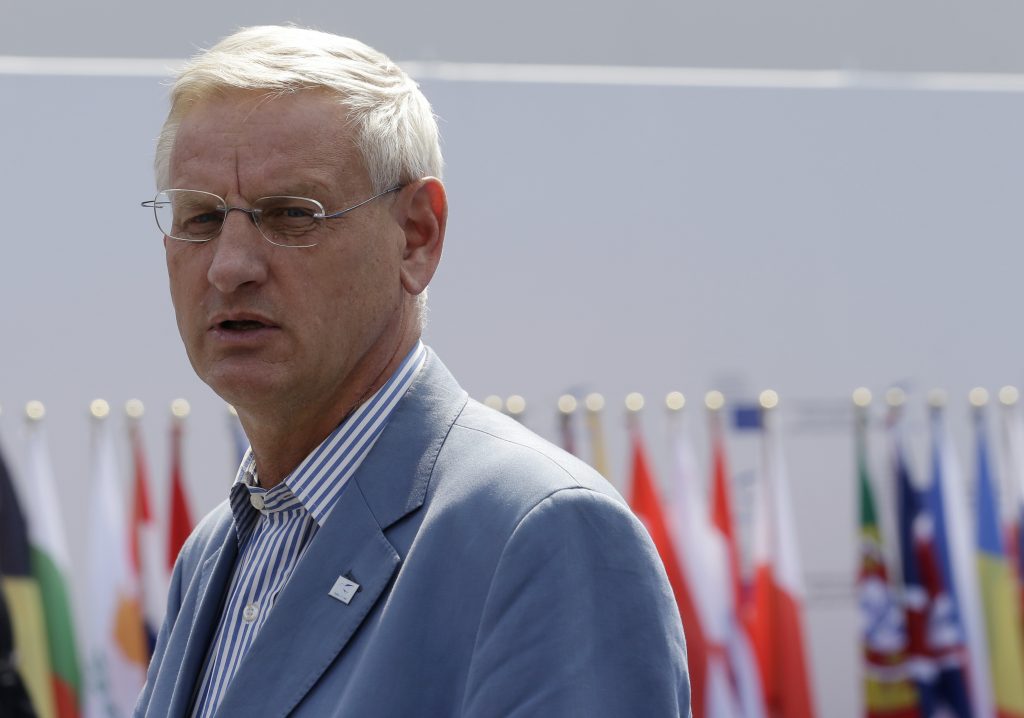 “The only encouraging thing in this catastrophe in Lebanon is that even Israel has been quick in offering humanitarian aid,” tweeted Sweden’s Carl Bildt on Wednesday.

An indignant Hacohen countered, “Why are you surprised? Israel defends itself from its enemies, while helping the civilian population wherever it can,” citing Israeli offers of help to Turkey in 2011, and Iran and Iraq in 2017, following earthquakes, as well as years of medical treatment given to Syrians wounded in the civil war there.

Bildt, who was premier from 1991 to 1994 and its foreign minister from 2006 to 2014, has been a frequent critic of Israel. He has so far not replied to Farkash or others who criticized him on the Beirut matter.

Israeli Prime Minister Binyamin Netanyahu‏‏ said in the Knesset on Wednesday that his government stands ready to assist the Lebanese “as human beings to human beings.” The statement followed an offer from him and Defense Minister Benny Gantz to the U.N. to provide aid through indirect channels.

Several Israeli hospitals have also offered to receive Lebanese injured in Tuesday’s explosion, including the Galil Medical Center in Nahariya, near the Lebanon border, and three other hospitals that offered help overnight.

“We wish to extend our hands in aid and assistance…We only want to help you. Rest assured those who come in wounded and hurt will leave safe and sound, with the grace of G-d. We’re waiting for you,” said Masaad Barhum, director of the Galil Center in a video tweeted out by the IDF spokesman to the Arab world.

There were, however, dissenting opinions. Bezalel Smotrich, a Jewish Home MK, wrote on Twitter that Israel should only offer Lebanon help if it is in Israel’s strategic interest. “Morally, we have no obligation or need to extend a helping hand to an outright enemy state,” he wrote.