Israel Gamzu: Foreign Students Could Be Deported If They Break Regulations
CoronavirusIsrael 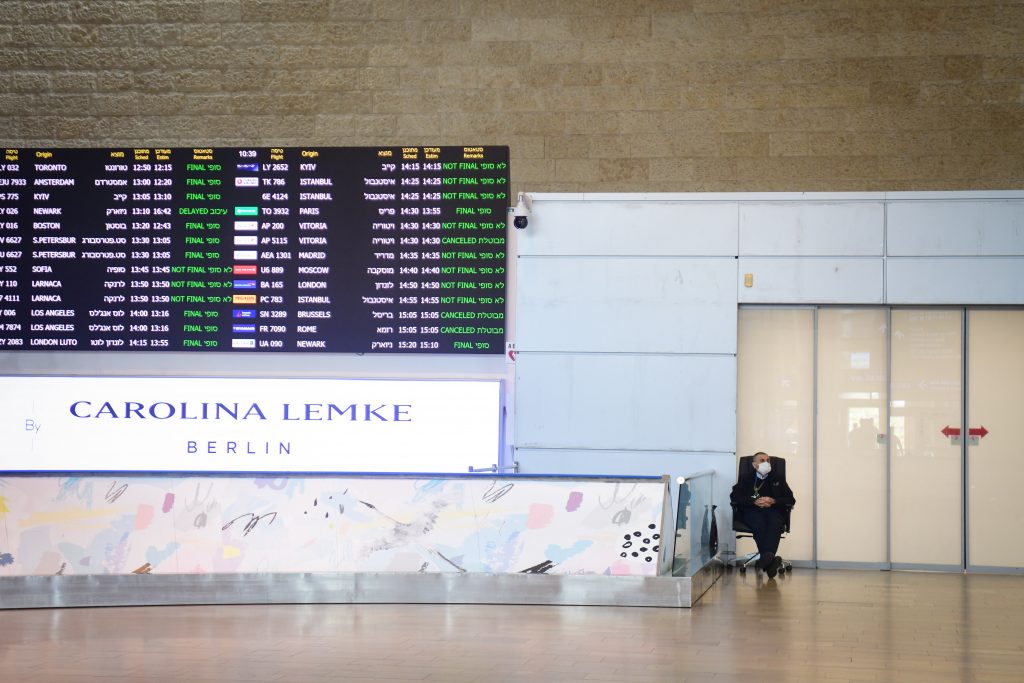 In a meeting on Sunday between Interior Minister Rabbi Aryeh Deri, Professor Ronni Gamzu and other officials involved in this matter, a decision was made to adopt the plan of action concerning foreign yeshiva and seminary students which was presented last week,  Motti Babchik, the senior advisor to Housing Minister Rabbi Yaakov Litzman, informed Hamodia.

Prof. Ronni Gamzu, the recently appointed official tasked with steering the country through the coronavirus crisis, said earlier Sunday that any foreign students allowed into Israel could be deported if they violate quarantine regulations.

“I am saying to the heads of the institutions — whether they are yeshivos or universities or colleges — if there is anyone who comes and is supposed to be in a capsule and does not stick to it, we will take steps against the institution and also perhaps toward the individual, possibly even deportation,” Gamzu told the Kan public broadcaster.

Students will be required to quarantine in groups of up to six people for fourteen days after their arrival.

“The decision [to allow in foreign students] was made before my assuming the post,” said Gamzu, who has previously spoken out against the policy.

In an interview on Motzoei Shabbos, Gamzu criticized the government decision, which could allow some 16,000 students into Israel.

“We need to do the wise thing here and prevent another breakout,” Gamzu said.

An epidemiological study done during the first wave of the coronavirus showed that about 70% of Israel’s infections at that time came from people entering from the U.S.

Answering back at claims, on Friday Edelstein noted that the program allowing the entry of foreign students was not formulated only for the chareidi community. He said criticism of the decision was “anti-Semitism,” apparently referring to anti-chareidi sentiment.

Edelstein told Channel 12 that in fact, the majority of individuals who would enter Israel under the plan were not chareidi, citing the Masa program heritage trips and high school exchange students on the Naale program as major beneficiaries.

“It is a pity that I do not have my phone here to show you the messages of thanks I received from the chairman of the Jewish Agency, from the Naale program: ‘Thank you very much for saving Zionism, for saving the institutions,’” Edelstein said.

“The next day I open the newspaper and see a huge headline, ‘17,000 yeshivah students to come to the country, a success for [Aryeh] Deri and [Yaakov] Litzman,’” he said.

Most school programs begin in September and yeshivos for the coming year will begin around the last week of August, Rosh Chodesh Elul.

As reported noted by Hamodia, readers should be in touch with their yeshivah or seminary for further details.