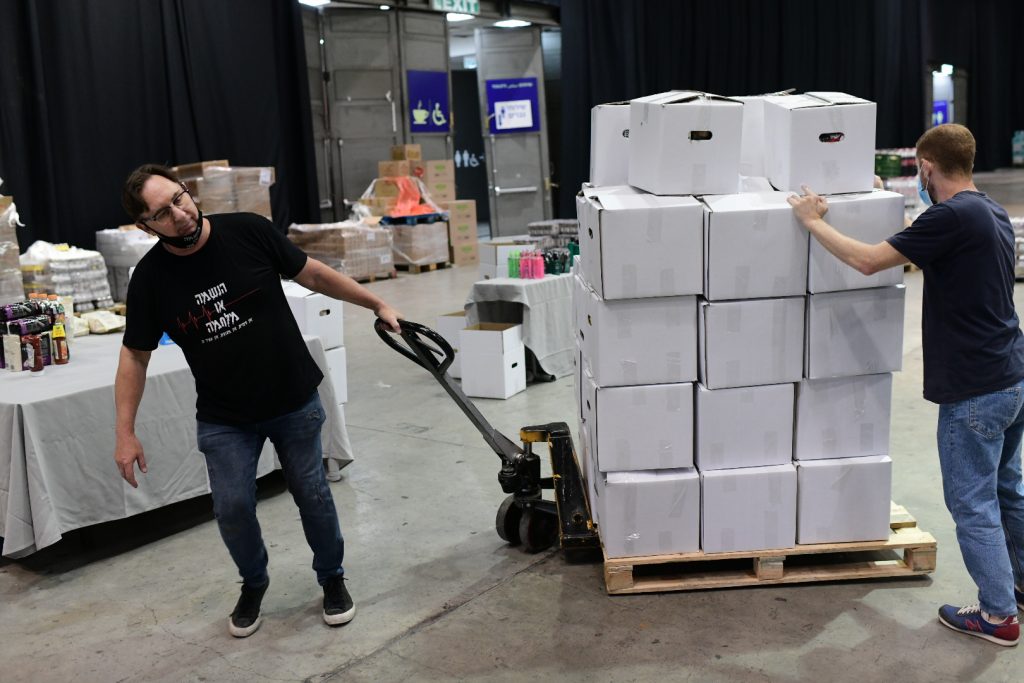 21% of respondents or about 1.2 million Israelis said they or one of their family members have reduced their weekly food consumption over the financial crisis triggered by the pandemic, the Central Bureau of Statistics said Sunday.

The study also showed that over half the country (55%) fear they will be unable to cover their monthly expenses, while 42% of Israelis ages 21 and older feel stress and anxiety over the coronavirus crisis.

Unemployment brought on by the restrictions imposed on the private sector by the government as part of the efforts to curb the spread of the virus is currently at 21%, having dropped from 26% at the height of the first outbreak, in April. This has devastated hundreds of thousands of households in Israel, which have been stripped of steady income.

CBS data further showed that stress and anxiety levels have gone up by 9% in comparison with May’s survey, which measured Israelis’ resilience vis-à-vis the first outbreak to hit Israel.

Moreover, 64% of the population are afraid to contract the virus, a third of those are “very much afraid,” according to the survey.

And despite calls from the government to adhere to instructions, more than 80% said they comply with the rules – though 19% said that the instructions are unclear or “not clear at all.”

Meanwhile, Prime Minister Binyamin Netanyahu’s financial relief plan has been approved by the Cabinet and will proceed once the Knesset passes the legislation.