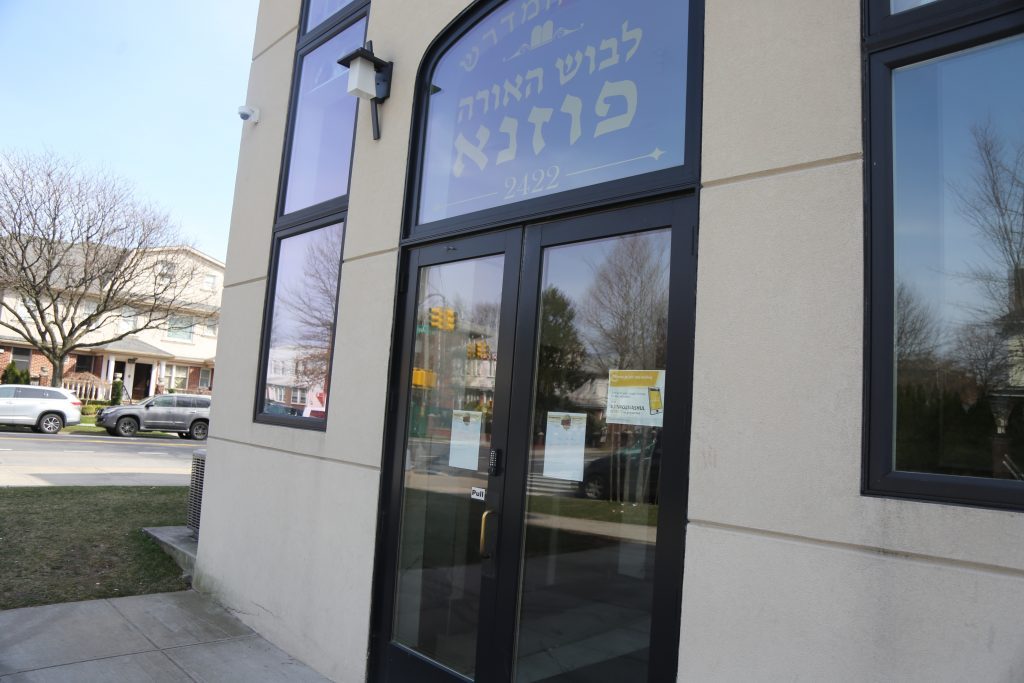 A federal judge on Friday issued a preliminary injunction striking down some of New York’s limitations on religious gatherings during the coronavirus pandemic, ruling that the restrictions amount to an unconstitutional infringement on religious freedom considering the government’s allowing large Black Lives Matter protests and other gatherings at the same time.

Judge Gary Sharpe, of the Northern District of New York in Albany, enjoined New York state or city from enforcing any indoor religious gathering limitations “greater than imposed for Phase 2 industries,” which is at 50% of maximum occupancy, or any limitation on religious outdoor gatherings, provided that participants follow social-distancing requirements.

Executive orders by New York Gov. Andrew Cuomo, which New York City Mayor Bill de Blasio incorporated into his own executive orders and enforces in the city, had limited gatherings at houses of worship in regions that have entered Phase 2 of reopening (including New York City) at 25% of occupancy (while permitting drive-in and parking lot services.) Outdoor gatherings are officially limited to ten people. For those regions in Phase 3, all gatherings are allowed up to 25 people.

But since the end of May, Black Lives Matter protests with thousands of participants have been held across the state, with the approval of Cuomo and de Blasio. De Blasio himself spoke at one of the protests in Brooklyn.

At a press conference in early June, Cuomo was asked if he would recommend that people not go out and protest, and responded, “No, I think you can protest, but do it smartly and intelligently.” Cuomo later said, “I want to thank the protestors … I stand with the protestors on the point that we need meaningful reform.”

At his own press conference in early June, when de Blasio was asked by a Hamodia reporter why he was allowing the protests despite enforcing the ban on religious gatherings and retail-store openings, the mayor replied, “When you see a nation, an entire nation, simultaneously grappling with an extraordinary crisis seeded in 400 years of American racism, I’m sorry, that is not the same question as the understandably aggrieved store owner or the devout religious person who wants to go back to services.”

On June 10, two Catholic priests from Upstate New York and three Orthodox Jews from Brooklyn filed suit against de Blasio, Cuomo and New York State Attorney General Letitia James, arguing that the restrictions were a violation of the free exercise of religion.

Judge Sharpe agreed with the plaintiffs, in a 38-page ruling released Friday morning.

Citing these comments by Cuomo and de Blasio in support of the protests, as well as de Blasio’s sharp words against a Jewish funeral held in April, the judge wrote, “Governor Cuomo and Mayor de Blasio could have just as easily discouraged protests, short of condemning their message, in the name of public health and exercised discretion to suspend enforcement for public safety reasons instead of encouraging what they knew was a flagrant disregard of the outdoor limits and social distancing rules. They could have also been silent. But by acting as they did, Governor Cuomo and Mayor de Blasio sent a clear message that mass protests are deserving of preferential treatment.”

Moreover, Sharpe said, nonessential businesses that were permitted to open at 50% capacity in Phase 2, are not “justifiably different than houses of worship,” which had been capped at 25% capacity.

Sharpe also noted that beginning Friday, outdoor graduation ceremonies up to 150 people are permitted in the state. “This is an express exemption from the ten- or twenty-five-person outdoor limits that apply across Phases 1, 2, and 3, and the State must extend a similar exemption to plaintiffs absent a compelling reason to the contrary,” Sharpe wrote. “And there is nothing materially different about a graduation ceremony and a religious gathering such that defendants’ justifications for a difference in treatment can be found compelling.”

The judge acknowledged that elected officials have had to make difficult decisions during the coronavirus pandemic, but said Cuomo and de Blasio had gone too far in curtailing a constitutionally protected freedom.

“Having carefully reviewed the relevant issues, and with a firm understanding that the executive branch response to the pandemic has presented issues with a degree of complexity that is unrivaled in recent history, it is plain to this court that the broad limits of that executive latitude have been exceeded,” Sharpe wrote. “It is not the judiciary’s role to second guess the likes of Governor Cuomo or Mayor de Blasio when it comes to decisions they make in such troubling times, that is, until those decisions result in the curtailment of fundamental rights without compelling justification.”

The upshot of the ruling is that houses of worship in the state may be open at 50% occupancy, and all outdoor religious gatherings are allowed, provided that social-distancing requirements are adhered to.

The ruling was hailed by religious-liberties advocates.

Christopher Ferrara, special counsel to the Thomas More Society, the public-interest law firm that filed the lawsuit, said in a statement that the plaintiffs are “pleased that Judge Sharpe was able to see through the sham of Governor Cuomo’s ‘Social Distancing Protocol’ which went right out the window as soon as he and Mayor de Blasio saw a mass protest movement they favored taking to the streets by the thousands.” Ferrara called the ruling “an important step toward inhibiting the suddenly emerging trend of exercising absolute monarchy on pretext of public health. What this kind of regime really meant in practice is freedom for me, but not for thee.”

Ferrara subsequently told Hamodia in a phone interview, “Like groups should be treated in like manner, regardless of the purpose of the gathering. The idea that religious gatherings are somehow inherently more dangerous to the public than other indoor gatherings has to be attacked as an irrational prejudice with no scientific basis.”

Mordechai Avigdor, an attorney who consulted on the case, said the decision “has huge ramifications for religious rights and protection here in New York State, and perhaps throughout the country. Our prayers have been answered.”

Eric Dreiband, U.S. Assistant Attorney General for the Civil Rights Division, who had sent a letter to de Blasio a week earlier expressing concern that the mayor had “demonstrated a troubling preference for certain First Amendment rights over others,” called Friday’s ruling “a win for religious freedom and the civil liberties of New Yorkers.”

“Government cannot discriminate by protecting free speech and the right to assemble while threatening or limiting religious exercise,” Dreiband said in a statement. “The Department of Justice will continue to support people of faith who seek equal treatment against threats and actions by public officials who discriminate against them because of their religion. The Constitution and our oath to defend and protect it require nothing less.”

Another major New York state religious-liberties case will be decided soon as well, as Judge Glenn Suddaby, also of the Northern District, will hear on Tuesday a lawsuit filed by the Agudath Israel-led Association of Jewish Camp Operators, as well as parents, seeking an injunction against the state’s ban on sleepaway camps this summer.

“Governmental power has … been used as a sword against religion, instead of the shield the Founding Fathers intended it to be,” Agudath Israel said in a statement following Friday’s ruling. “With this victory in hand, Agudath Israel intends to press forward to protect religious rights such as religious education and religious summer camps.”

Sharpe was initially assigned the camp case as well, but earlier this week opted not to hear that case, and it was re-assigned to Suddaby. Both Sharpe and Suddaby were appointed by President George W. Bush.
—