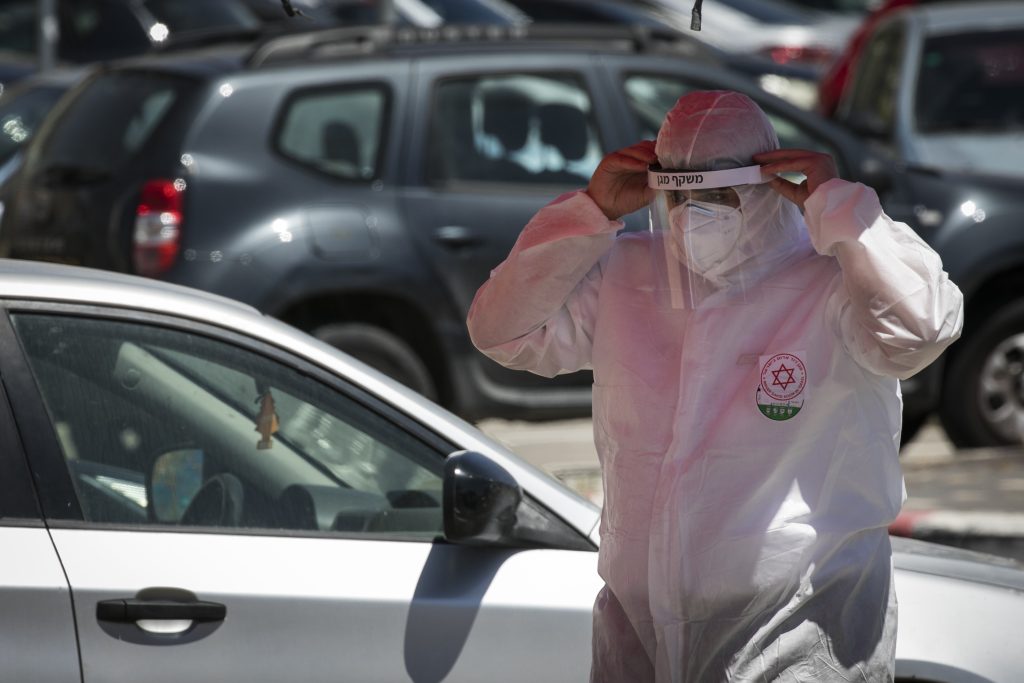 A student at the Multidisciplinary high school in Chadera was diagnosed with the coronavirus, sending over 2,000 students and teachers into isolation. After consultations between the municipality, the Education Ministry, the Health Ministry and teaching staff, it was decided that the school should temporarily close.

In addition, a student at the Paula Ben Gurion elementary school in Yerushalayim tested positive for the coronavirus, Haaretz reported. The school had already announced at the weekend that it would not open before Tuesday, due to concerns that a large number of students had siblings who attend the Gymnasia Rechavia high school, which is seen as the epicenter of an outbreak in the capital with over 130 students and staff members diagnosed.

A teacher in Yerushalayim was also diagnosed, sending dozens of students into isolation.

In the Ramat Elchanan neighborhood of Bnei Brak, a teacher at a nursery tested positive. Seventeen children and nine staff members were sent into quarantine.

Hundreds of first to third graders at an Ashdod girls’ school were sent into quarantine after a teacher at the school contracted the coronavirus.

Hundreds of staff and students in Be’er Sheva were also sent into isolation over suspicions of infections in a number of schools.

According to a tally by Channel 12, students and children at 32 daycare facilities and schools around the country have now tested positive for the virus.

On Monday morning, the Health Ministry said that 35 new cases had been discovered since Sunday night. Thirty-three of the 1,994 active cases were listed in serious condition, of whom 30 were on ventilators. The death toll stayed at 285.

Amid a significant rise in cases since last week, Edelstein said he was changing the ministry’s policy and allowing tests for anyone in the vicinity of a person who was a confirmed carrier. This applies to all students and staff at schools where infections are found, as well as residents of assisted living facilities, nursing homes, and other welfare residential facilities, said Edelstein.

Edelstein described the increase in infections as a “very troubling” development, and warned that without the public’s help, numbers would continue to rise. Earlier in the day, he said Israel could swiftly return to lockdown conditions.