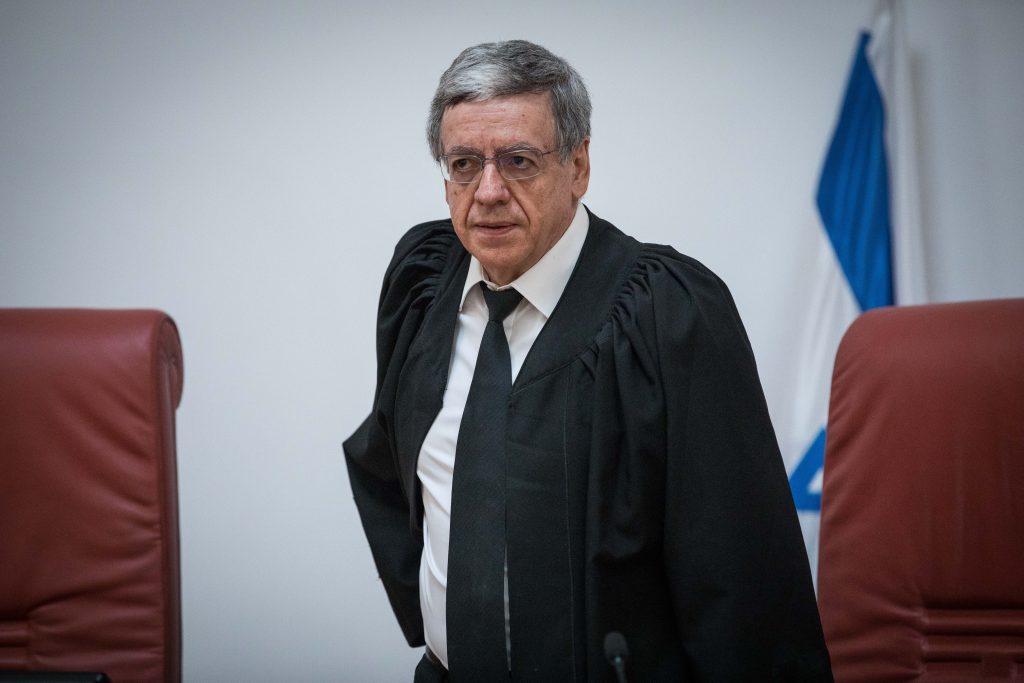 While the High Court voted unanimously to allow Prime Minister Binyamin Netanyahu‏‏ to form a new government, publication of the judges’ full decisions on Wednesday showed that at least one member of the panel believed he should have been disqualified on moral, if not legal, grounds.

Justice Menachem Mazuz wrote, “The reality in which a criminal suspect forms a government and leads it reflects a social crisis and moral failure of the society and of Israel’s political system.”

Netanyahu’s Likud party, reacted with indignation, saying “the citizens of Israel elected Prime Minister Netanyahu by a huge margin, which saw Likud receive the largest number of votes that a single party has received in the history of the state. It was a huge victory for the right-wing leader and an unequivocal declaration of confidence in him. In democracies, the citizens vote at the ballot station and choose the prime minister. Whoever wants to replace the prime minister can certainly run in the next election and let the citizens decide for themselves.”

The statement was in line with previous defenses of Netanyahu, arguing that the left-wing judiciary and media were seeking to drive him from office by undemocratic means.

Likud won 36 of the Knesset’s 120 seats in March, compared to 33 for Benny Gantz. Other parties in Israel’s history have won more seats, but due to population growth, Netanyahu’s party picked up more individual votes. A poll released on Wednesday found that if elections were held now, Likud would win 41 seats, and the right-wing bloc 67, more than enough to form a coalition without Gantz.