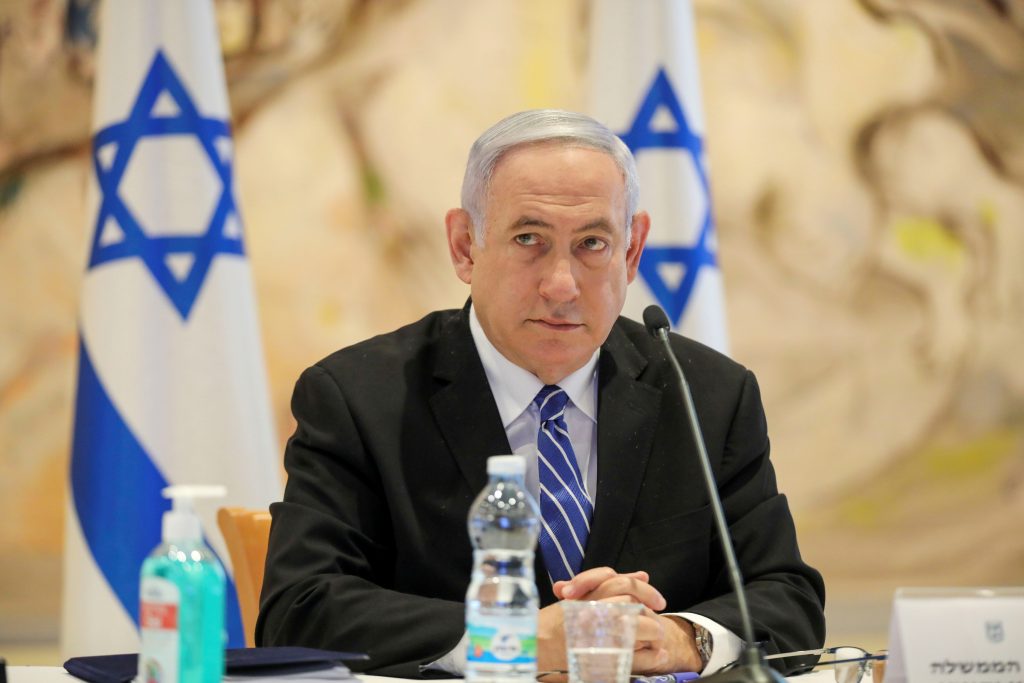 Prime Minister Binyamin Netanyahu warned Iran not to threaten Israel with destruction, saying that the Iranians “will put themselves in great danger.”

Speaking at the first working Cabinet meeting of the new government, during which he announced the formation of the new government’s Diplomatic and Security Cabinet, Netanyahu said, “You heard Khamenei threaten us [on Friday] with destruction. Anyone who threatens us puts himself in great danger.”

During a speech marking Iran’s anti-Israel Quds Day on Friday, Iranian leader Ali Khamenei said Israel’s establishment was an unequaled “crime against humanity,” repeated his characterization of Israel as “a cancerous tumor” and said it was the creation of “Westerners and Jewish corporation owners.”

Netanyahu also discussed the Iranian threat via its proxies. “It is our policy to oppose Iranian aggression everywhere,” he said. “We are blocking them from establishing bases in Syria and … developing weapons in Syria that can endanger the State of Israel.”

Also at the Cabinet meeting, Netanyahu mentioned that he had spoken to the leaders of Chad and Sudan in recent days.

Defense Minister Benny Gantz, who is also alternate prime minister, pointed out at the meeting that Sunday marked 20 years since the IDF left Lebanon, adding that he and Foreign Minister Gabi Ashkenazi, both leaders of the Blue and White Party, were among the final IDF officers there. “We are still keeping a close watch on the military fronts in Lebanon and Syria,” he said. “The security problems that could happen in the North have not passed.”

Gantz said that the new government must work toward healing the Israeli society.

“We need to work for unity to expand and for reconciliation to increase,” he said.

Both the prime minister and Gantz mentioned the economic impact of coronavirus, and the need for the new government to help people and businesses recover from the shutdown, which was imposed to curb the spread of the coronavirus.

Netanyahu said that he spoke with Finance Minister Yisrael Katz several times over the last week and instructed him to increase the budget of the economic plan to NIS 100 billion.