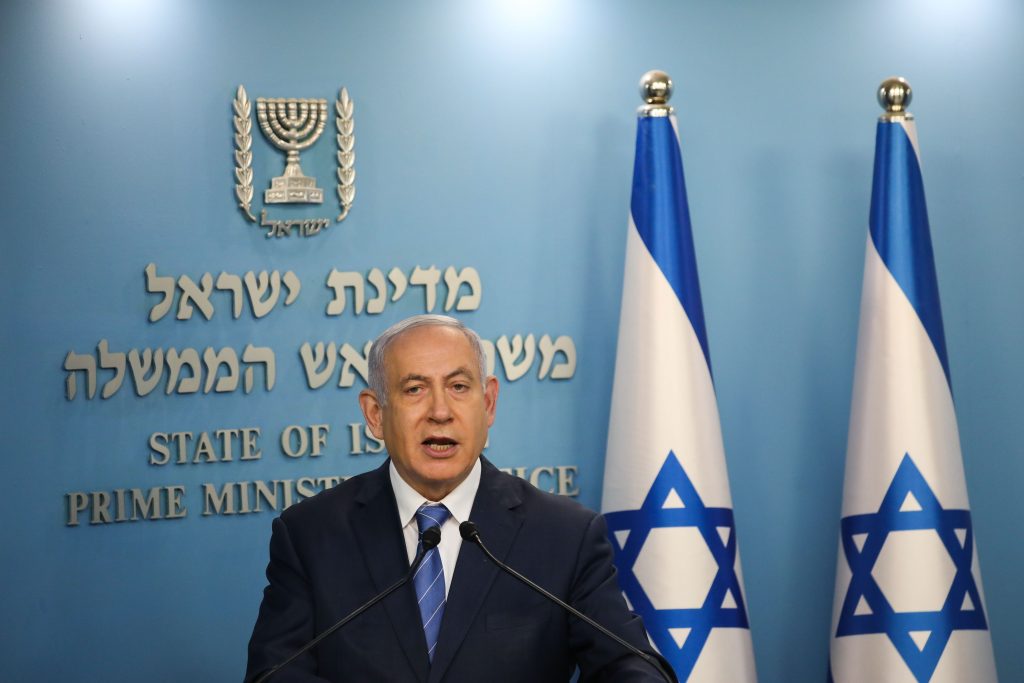 With the swearing in of the new government set for late Thursday night, the Likud was having trouble sorting out the various ministries between the MKs. A number of Likud ministers and MKs have refused the proposals presented to them. In light of the difficulties, the Likud is considering the possibility of postponing the swearing-in to next week, but Blue and White turned down the request.

Among the Likud members who are having difficulties in receiving a post that suits them is Minister Gila Gamliel, to whom Prime Minister Binyamin Netanyahu reportedly offered the position of minister of higher education, a new position that would split from the Education Ministry, but she turned down the offer, as she wants to be Environment Minister. Minister David Amsalem is also dissatisfied with the division of duties, and demands to head the Yerushalayim Ministry which was already promised to Rafi Peretz.

Rafi Peretz now realizes that he will probably have to forfeit that, having already abandoned the Yamina Party to receive that post, and threatened that if he won’t receive that portfolio he will not join the government.

Miri Regev, too, is not satisfied with the offer to serve as Transportation minister, and would prefer to take on the role of Minister of Public Security – promised to Minister Amir Ohana.

Another Likud member who expressed his displeasure at the upcoming division of duties is Deputy Defense Minister Avi Dichter, who, despite his high place on the Likud list – the tenth place – was not even invited to a meeting with Netanyahu. Against this backdrop, Dichter announced he would be skipping the inauguration, which is like “spitting in the faces of Likud officials,” as he wrote.

At the same time, Blue and White Chairman Benny Gantz met with members of his faction throughout the day and informed them of the positions they would fill in the new government. MK Alon Schuster will be appointed minister of agriculture, Gabi Ashkenazi will be foreign minister, Avi Nissenkorn will serve as justice minister, Hilly Trooper, minister of culture and sport, Yizhar Shai will be appointed minister of science and technology and Meirav Cohen will be minister of social equality and retirees. Eitan Ginsburg will chair the Knesset Committee, which oversees the functioning of the Knesset and the formation of the specific committees within it,  and Zvi Hauser will head the Foreign Affairs and Defense Committee.

Following a meeting with MK Mickey Chaimovich, the two decided that she was perfect for the chair of the Interior and Environment Committee. As expected, MK Itzik Shmuli received the Labor and Welfare portfolio.

According to a statement issued on behalf of Blue and White, Gantz suggested to Chaimovich several senior positions, but she expressed her desire to continue working in areas close to her core interest, and the two agreed to her position as chair of the committee. In addition, Chaimovich will also serve as Deputy Speaker of the Knesset and they agreed that she may be given a later position.

In addition, Gantz has appointed a deputy minister to assist him in the Ministry of Defense – and it is MK Michael Biton who will take this role. He is expected to deal with all civil, settlement and educational issues dealt with by the ministry

After more than a year of turbulence, the Knesset was set to vote on the establishment of the 35th Government of the State of Israel late Thursday night. In the new government, 34 ministers will be sworn in by a coalition of 72 or 73 Knesset members – pending Rafi Peretz’s final call – with the Yamina Party likely to remain in opposition. On Wednesday night, the last coalition agreements were signed with United Torah Judaism and the Gesher Party, and due to the delay in signing it is not yet clear what time the inauguration will take place – but not before 1:00 a.m.