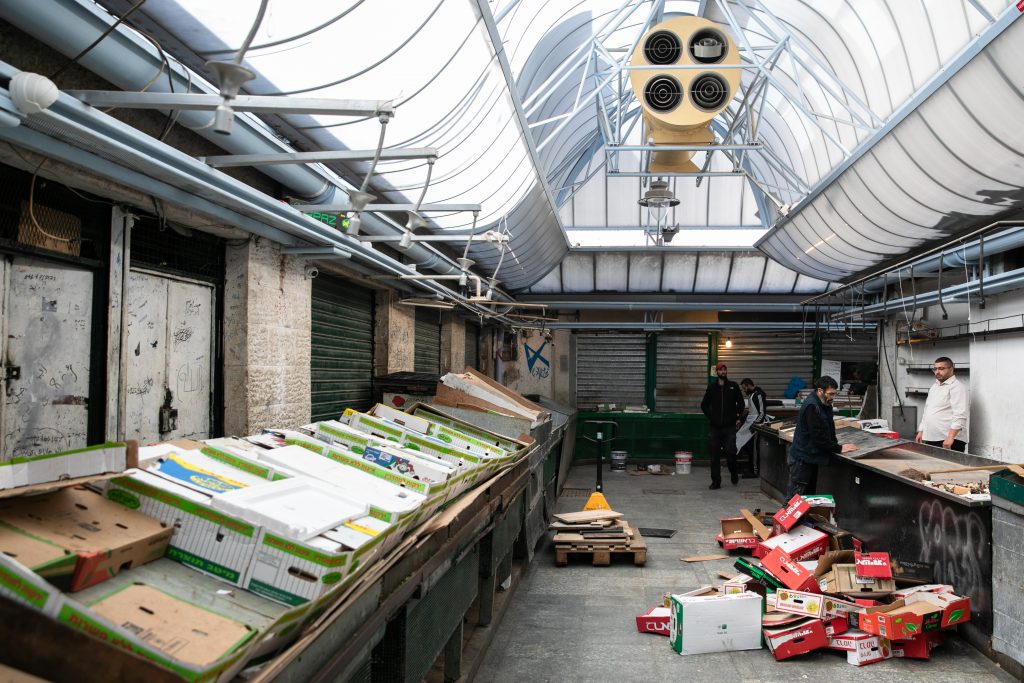 Israelis were waiting on Tuesday night for the government to roll out the latest steps of its creeping lockdown in the coronavirus crisis.

Ministers convened to discuss the new measures and were expected to approve them sometime Tuesday night, according to media reports.

Public transportation, already severely curtailed, would cease almost completely. Taxicabs would be an exception, though allowed to carry only one passenger at a time. Special transport arrangements would be made for employees in essential jobs, according to draft documents.

Arrivals at each workplace would have their temperature taken, as fever, along with coughing, is a symptom of the virus.

People will only be allowed to leave their homes within a radius of 300 feet, unless in order to buy food or medicine. Dog-walking will also be put on a shorter leash.

Restaurants would only be able sell food via delivery, takeout orders would no longer permitted.

Penalties for violating the new directives were set to include six-month jail sentence and 5,000 shekel fines, and Israeli police were reportedly gearing up for enforcement in cities and towns across the country.

The rough draft was given to Attorney General Avichai Mandelblit for his examination.

Meanwhile, the Health Ministry released its update on the coronavirus, which said the number confirmed cases reached 1,930 as of Tuesday night.

Three people, one in his 60s and two in their 80s, with underlying medical conditions, have died.

Of the remainder, 34 are in serious condition, 45 are in moderate condition, while the vast majority are displaying mild symptoms.