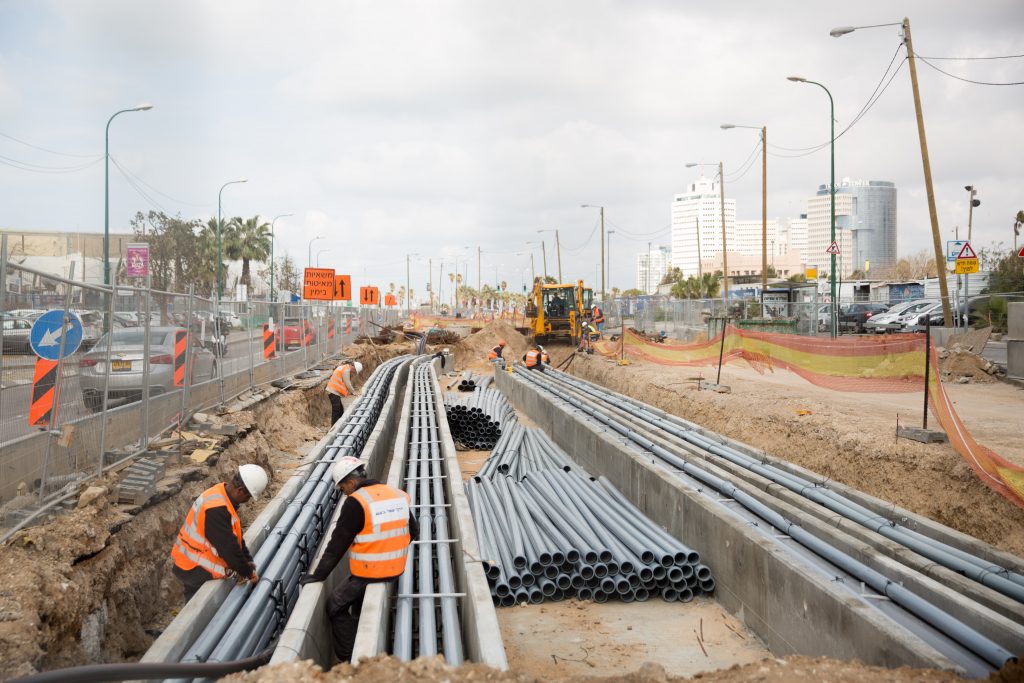 Israel’s building industry has found temporary housing for many of its nearly 70,000 Palestinian laborers, staving off a construction shutdown after the coronavirus crisis prompted the closure of the border with the Palestinian Authority.

The successful scramble over the course of three days to keep a vital workforce on the job was a rare instance of common Israeli and Palestinian concerns leading to cooperation on a large scale.

“Palestinian workers are the (backbone) of Israeli construction. Without them, we don’t work. The industry would stop,” Shay Pauzner, an official with the Israeli Builders’ Association, said on Monday.

Pauzner said his union of around 4,000 construction firms had coordinated with the Israel Hotel Association to find rooms for 12,000 Palestinians in some 40 hotels across the country after the border closure was announced last week.

They found vacant apartments for another 28,000, some of them still in the final stages of being built.

Along a nearly-empty highway near Tel Aviv University, Palestinian workers cleared land on Monday next to a cluster of high-rise student dormitories under construction.

“I’m not happy to be away from my family, but I can’t lose work,” said Ibrahim, 38, who typically crosses daily from Chevron. His construction firm found him a sublet near Tel Aviv.

“Not all of us found a place to stay. I got lucky. This virus is going to take a lot of people’s income, but not mine,” he said. He declined to give his last name or identify his employer.

Israeli firms rely heavily on the roughly 100,000 Palestinians who typically cross daily from Yehuda and Shomron on construction, infrastructure and other projects.

The 70,000 construction workers among them make up nearly a third of the Israeli building industry’s workforce, its association said. The industry accounts for 11% of Israel’s GDP, or 158 billion shekels ($43 billion) annually, Pauzner said.

The Palestinian workers’ new lodgings, paid for by their employers, have also provided relief for Israeli hotels that have mostly been closed due to the health crisis.

“We had to put most of our 220 workers on unpaid leave. This gives us an opportunity to keep 10 of them employed, at least,” said Yaron Burgin, CEO of Abraham Hostels and Tours, which is housing around 120 workers in its Tel Aviv and Yerushalayim hostels.