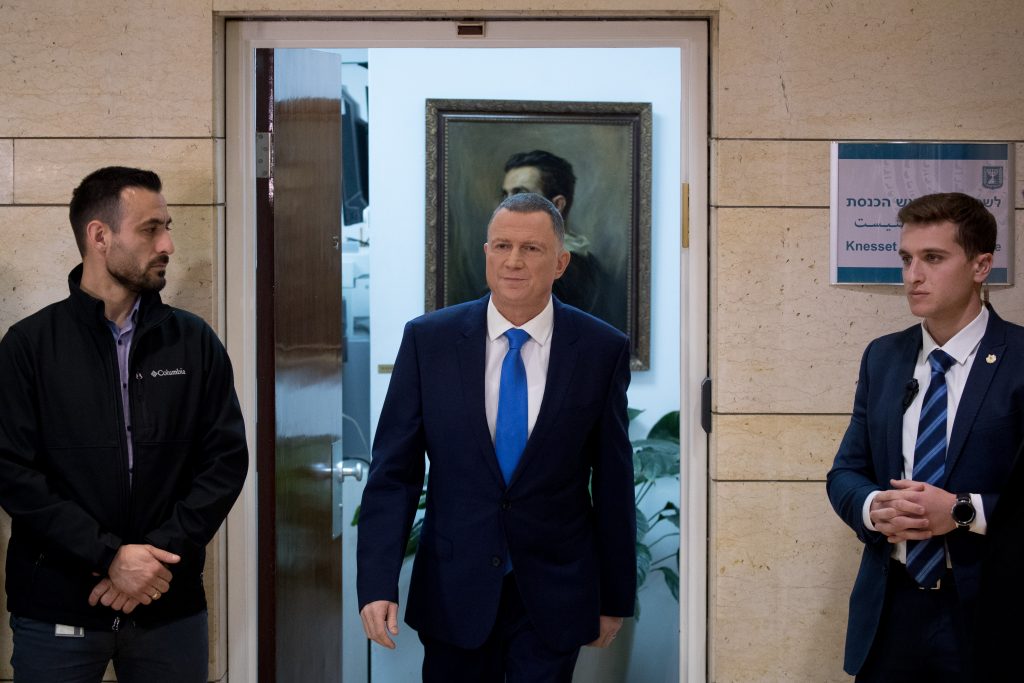 Israel’s High Court said on Sunday that in view of the fact that the impasse over Knesset committees appeared headed for resolution, it would focus its hearings on the issue of electing a new speaker for the parliament.

In an ironic switch, the Court, often accused of overstepping its judicial role by nullifying legislative actions, was set to hear a petition on Sunday to intervene to reopen the Knesset, which had been closed by order of Speaker Yuli Edelstein, when the major parties squabbled over the staffing of committees on Wednesday.

However, Chief Justice Esther Hayut noted on Sunday that “the issue of forming an Arrangements Committee [which will lead the formation of other committees] will come to the plenum tomorrow,” thus obviating the need for a ruling on restarting the committees, which will, among other things, provide for Knesset oversight of the government’s handling of the health crisis.

“I think in light of these answers we received, we can focus on the matter of electing a Knesset speaker,” she said.

The representative of the attorney general in the proceedings said Avichai Mandelblit’s position is “at this time it is necessary to enter into the agenda of the plenum as soon as possible the request by 61 MKs to elect a speaker for the 23rd Knesset.”

Mandelblit and Knesset Legal Adviser Eyal Yinon said Sunday that the parliament cannot be shuttered due to coronavirus fears or as a negotiating tactic by the Likud party.

But the political repercussions of removing Edelstein, for which Blue and White reportedly have the votes to accomplish, were made clear by the Likud in a statement on Sunday:

The Likud warned that if that happened it would “doom the unity government and condemn us to a fourth election.” It called Blue and White’s insistence on holding plenum votes “shocking irresponsibility during a global coronavirus pandemic.”

“Threats won’t help. Yuli Edelstein will be replaced, not forcibly removed. The post of Knesset Speaker isn’t private property. Statements like these made by the Likud only serve to highlight the current cynicism in this difficult period,” he said.

Doing so, he argued, “could harm democracy,” since if the eventual government does not include the speaker’s faction (Likud), the coalition would have difficulty bringing its proposals to a vote in the plenum.

“We’ll have a crisis every other day of opposition factions trying to foil the government. It will be impossible.”

Under such circumstances, Yinon said that appointing a Knesset speaker ahead of time is akin to “planting a bug in the system, and that too constitutes harm to governance.”

He concluded, therefore, that the matter should be held in abeyance until a new government is formed.