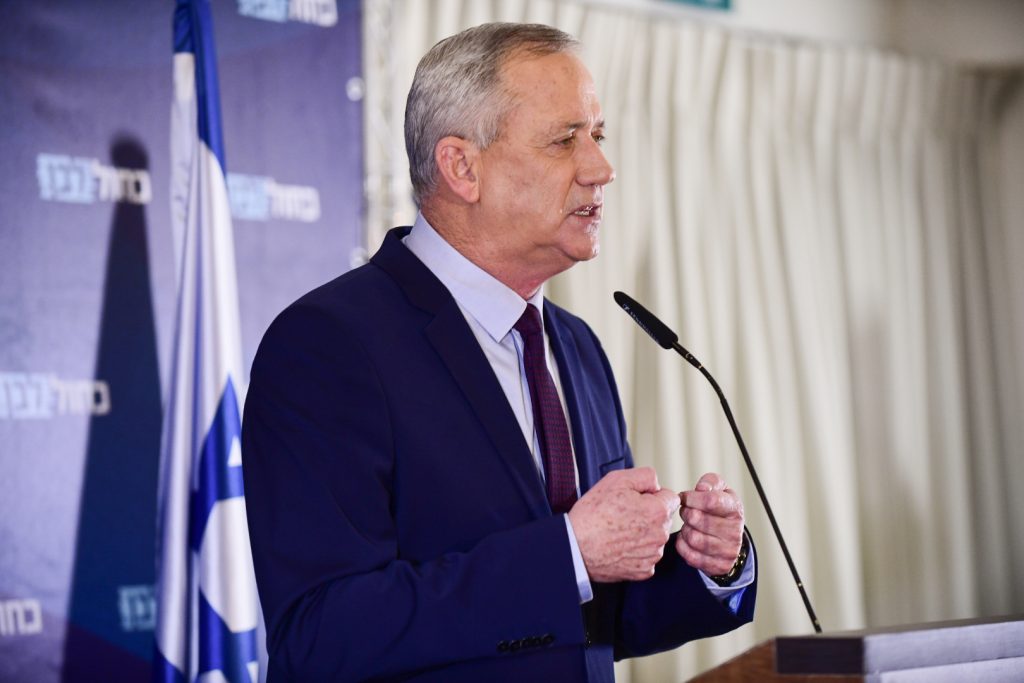 Israel is edging close to a unity government, reports Friday said. A Likud source told Yisrael Hayom that the party “has compromised a great deal. We gave up the idea of a two-year rotation, it appears that Binyamin Netanyahu will be Prime Minister for a shorter period. We also gave up the Justice Ministry. Whether or not Blue and White will join the government is a personal decision of Benny Gantz’s at this point. This is his moment of truth.”

In an interview with Channel 12 Thursday night, it appeared that Gantz was leaning toward the idea of a unity government. “Israel is dealing with the coronavirus crisis. We in Blue and White received a mandate [to lead the government], but we cannot ignore the conditions that have developed. The average person is frightened by their economic situation. I am not talking now about the negotiations we are involved in. All options are still on the table, but we cannot go to a fourth election. Today’s challenges are to deal with the economic crisis and the health crisis.”

Negotiations between the Likud and Blue and White have been continuing apace for the past several days. The outline of a unity government would include an agreement that Netanyahu would serve first as prime minister in a rotation agreement with Gantz. The Justice portfolio would be given to an MK agreed upon by both parties not from the Likud or Blue and White. Both parties would have veto power over the actions of the Knesset Legislative Committee, so all laws passed would be only those agreed to by both. Ministries would be divided equally between the parties, with the four most important posts – Defense, Foreign Affairs, Finance, and Knesset Chairman – split equally as well.

The main issue with the agreement at this point is the divisiveness within Blue and White. Yediot Acharonot reported Friday that Yair Lapid and Moshe Yaalon refuse under any and all conditions to be part of a government headed by Netanyahu. But with the decision by Blue and White MK Omer Yankelovich that she would not support a government empowered by the votes of the Joint Arab List, the two realize they have run out of options – and are prepared to go to elections.

Yankelevich is the third Blue and White MK to publicly announce that she would not approve a government that was established with the votes of the Arab list, along with Yoaz Hendel and Tzvi Hauser. Along with Orly Levy-Abukasis, who also said she would not support such a government, Gantz would be unable to garner a clear majority to establish himself as prime minister – and in addition, he realizes that the Israeli public is in no mood for divisive party politics, given the massive societal changes they are dealing with.

And Gantz himself apparently does not believe in the idea of an Arab-supported government. The report pointed out that Yankelevich is considered one of Gantz’s top loyalists, and “writes whatever Gantz thinks. If she announced she was not supporting the idea, it’s a sign that Gantz doesn’t either.”