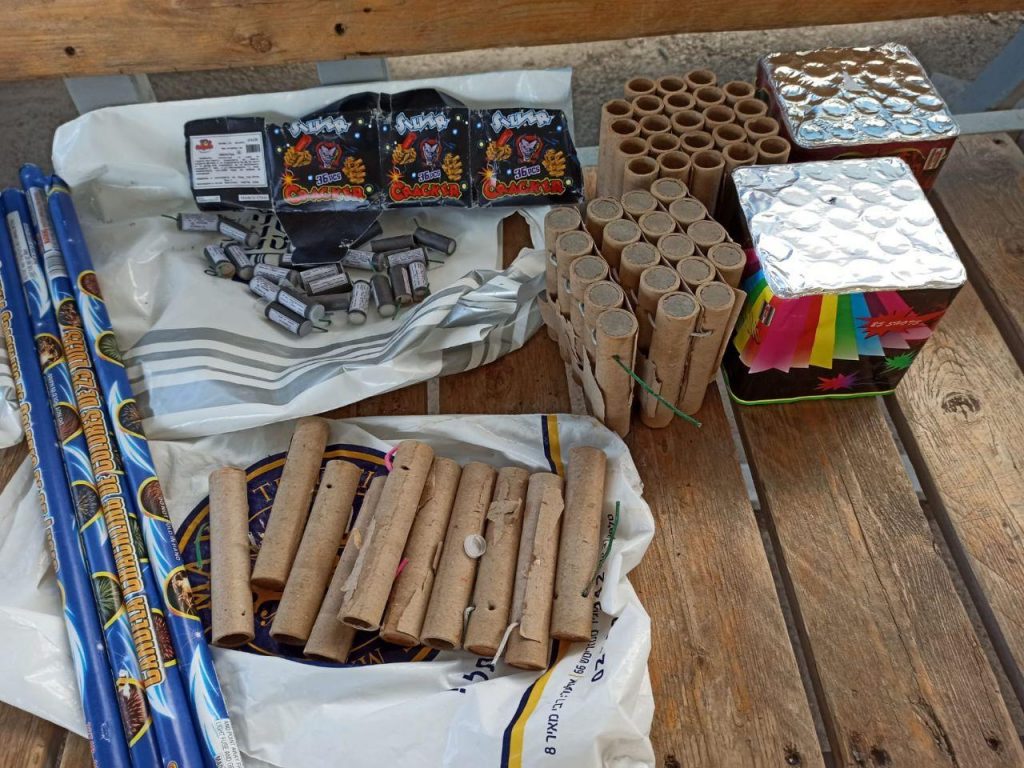 Police confiscated thousands of illegal firecrackers and dangerous toys, as part of the police’s early preparation for the upcoming Purim.

On Wednesday, during a search in Modi’in Ilit, a large number of dangerous toys of various types that are illegal to use were found.

Two minors were detained for questioning.

The penalties for trafficking in items such as these is a fine of nearly NIS 30,000 per illegal item, or a year in prison.

Police in recent weeks have conducted numerous similar raids in an attempt to remove from the market as many of the illegal toys and firecrackers as possible before Purim. Police said that at this time of year there are inevitably incidents in which an unsuspecting individual – often a child – is injured by a toy with sharp edges or other dangerous features, or by firecrackers that explode in their hands.

Also illegal are toy guns and other weapons that look disturbingly like the real thing. In the past, such items have been used by criminals to commit robberies and other crimes.