Israel After Over 90% Counted, Likud, Right Wing at 59 MKs
Israel 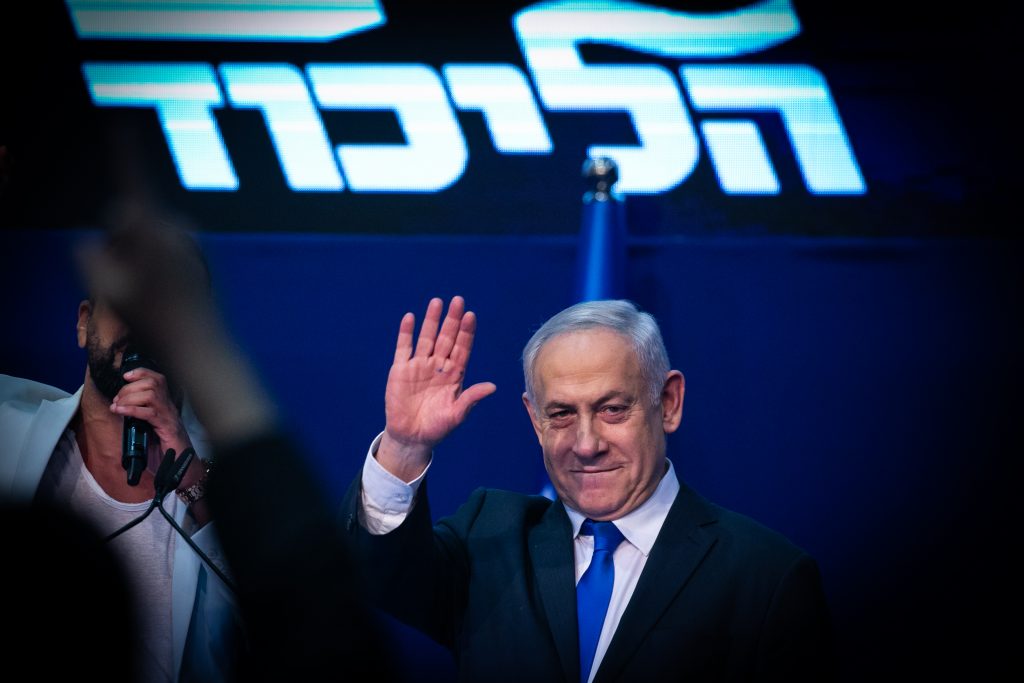 Likud leader and Prime Minister Binyamin Netanyahu appeared poised for a historic victory Tuesday morning, as most of the votes were counted following Monday’s vote.

With some 91% of ballots tallied, Likud held 29.35% of the votes, equal to around 36 Knesset seats. Blue and White party was trailing with 32 seats, which would be the party’s worst showing in three tries.

The chareidi parties were seen slightly up, with Shas at ten and UTJ at seven seats, while religious right-wing Yamina was sitting with six seats, placing the right-wing bloc on 59 seats, just short of a clear majority.

Labor-Gesher-Meretz was seen receiving seven seats, as was Yisrael Beyteinu. The Arab Joint List was seen at an all-time high of 15 seats.