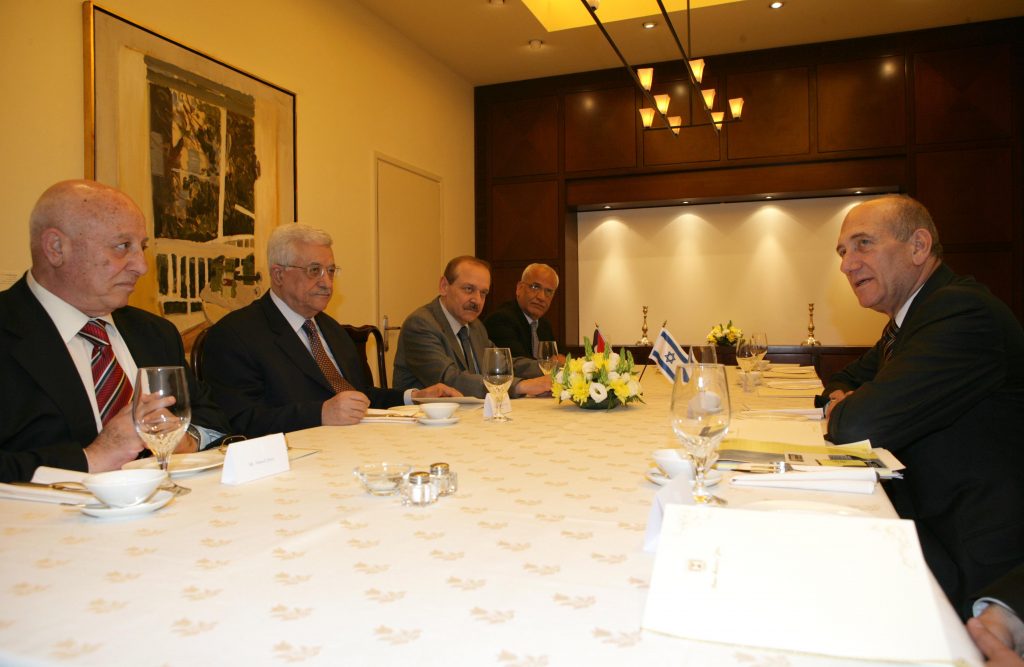 The report cited unnamed senior Palestinian officials that Olmert is expected to express his objection against the peace proposal, while reiterating his claim that he was on the verge of signing an agreement with the Palestinians toward the end of his tenure, in 2008.

According to the report, the press conference will take place next Tuesday, at the same time when discussions over the peace proposal will be held by the U.N. Security Council in New York.

Palestinian supporters have circulated a draft U.N. resolution that would reject the U.S. plan, claiming that it violates international law and Security Council demands for a two-state solution based on borders before 1967.

The resolution, obtained Wednesday by The Associated Press, could be put to a vote on Feb. 11 when Abbas is expected to address the Security Council and deliver his government’s objections to the U.S. peace plan. If a vote is held, the resolution is virtually certain to be vetoed by the United States.

Dismissing the plan as “nonsense,” Abbas declared: “We say 1,000 no’s to the ‘Deal of the Century,’” using a nickname for Trump’s proposal.

The proposed resolution, drafted by Indonesia and Tunisia, condemns recent Israeli statements calling for annexation “of areas of the occupied Palestinian territory” and stresses “the illegality” of any annexation.

It also reaffirms that all Israeli settlements and other measures “aimed at altering the demographic composition, character and status of the Palestinian territory occupied since 1967, including east Jerusalem, are illegal and imperil the viability of a two-state solution.”

The draft emphasizes the need to preserve “the territorial integrity, contiguity and unity of the occupied Palestinian territory, including East Jerusalem.”

It reiterates the call to achieve lasting peace “without delay” based on U.N. resolutions dating back to 1967. It would also give the Security Council’s “unwavering support” to a two-state solution, with Israelis and Palestinians living side by side in peace based on pre-1967 borders.

The proposed resolution calls on all 193 U.N. member nations to comply with all relevant Security Council resolutions — and “not to render aid or assistance to illegal settlement activities” or recognize any actions or measures that might imply Israeli sovereignty over Palestinian territories.