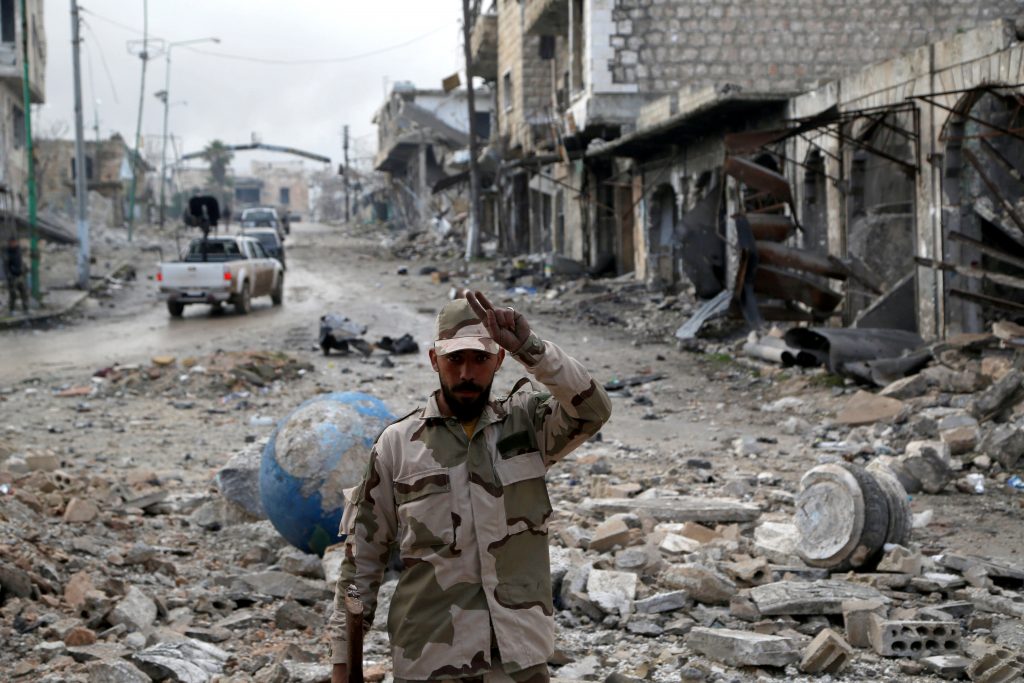 At least 12 Iranian operatives were killed overnight Wednesday in an attack on areas near Damascus. Syrian human rights groups said that Syrian officials were attributing the attack to Israel. The groups said that the attack was “substantial,” and that many of the missiles fired hit their targets. Official Syrian sources said that most of the incoming missiles were destroyed by defensive systems before they could hit their targets.

According to Syria’s government-controlled SANA news agency, the missiles were fired from the Israeli side of the Golan Heights border fence and traveled over Lebanese territory to reach their targets. The targets, according to Syrian human rights groups, were various installations in the Damascus area run by the Iranians. All 12 operatives the groups said had been killed in the attack were Iranians or members of Iranian-controlled militias. Israel had no comment on the story.

Three weeks ago, three people were killed in an attack next to the airport in the central Syrian town of Homs, the Syrian human rights group said. According to the report, the target of the attack was an Iranian weapons storage facility. It is not clear if the three people killed were Iranian as well. A Syrian military official blamed Israel for that attack, claiming that Israeli fighter planes entered Syrian airspace and carried out the attack. Previous reports in Syrian media said that the site had been attacked by unidentified drones, and there were no reports of casualties.

Several days before that, Lebanese media sources said that Israeli fighter jets attacked a truck convoy carrying weapons along the Iraq-Syria border. According to the report, the convoy was carrying weapons destined for Hezbollah and Iranian forces near the Israeli border. In the trucks were ballistic missiles shipped from Iran, the report said. Witnesses said that they had heard loud explosions in the area of al-Buchamel, minutes after what they said were Israeli planes flying over the region. Israel had no comment on either of those reports.