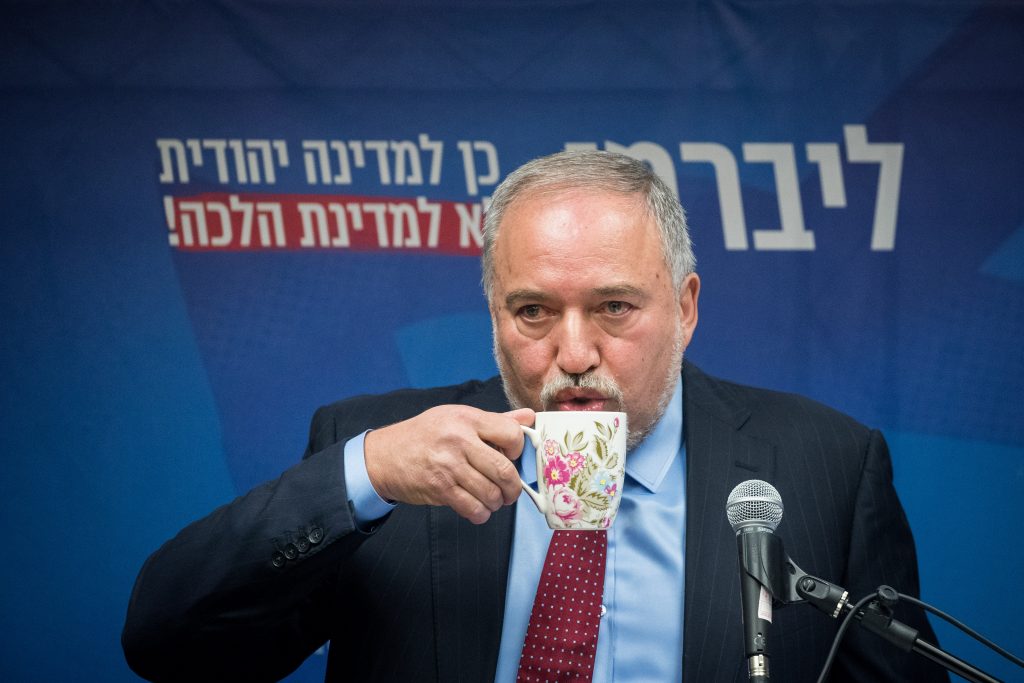 While the rest of the country continues to wonder if the March elections will put an end to this year of uncertainty, Avigdor Liberman claimed on Thursday that he has inside information that it will.

Liberman told Ynet that it’s “essentially a locked and done deal” that a government will be formed following the March elections.

As the polls continue to show that neither major party can yet form a majority coalition, it was not clear what has changed, and the Yisrael Beytenu chief wouldn’t say.

“I don’t want to go into details, but … there won’t be a fourth election,” he said. “I want a coalition of all Zionist parties.”

Asked if he meant another attempt to form a unity government, Liberman replied: “Not unity. I say all Zionist parties.”

Liberman made a similar claim before the September election, The Times of Israel pointed out.

Meanwhile, Defense Minister Naftali Bennett said that the restored Yamina party will remain a single list even after the upcoming elections.

“Yamina. I am proud to lead a movement that joins together the entire ideological right and all the varieties of religious Zionism,” said Bennett.

Liberman said he didn’t think there’d be anything left to hold together after the voting, that persistent infighting will drive voters away and they won’t pass the electoral threshold for entering the Knesset.

In another anti-religious swipe, he said its leaders Betzalel Smotrich and Rabbi Rafi Peretz “want to take us back to the days of King David, King Saul, [of] Biblical law.”

Another sign of disaffection on the right surfaced on Thursday as former Jewish Home Deputy Minister Rabbi Eli Ben-Dahan told Arutz Sheva that his name was put on the Yamina list without his knowledge.

“The word ‘candidate’ is a little funny. They didn’t even ask me and I was put on the list without being notified. I guess they needed names and put me on the list.”

Ben-Dahan criticized the last-minute maneuvering that led Jewish Home to offer high places on the list to National Religious figures while reducing other candidates to unrealistic spots on the list, and to breach its agreement with Otzma Yehudit.

He is set to talk with MK Moti Yogev, who announced Wednesday that he is leaving Jewish Home, about a possible new party.

“Moti and I talked yesterday and met today (Thursday). Both of us are the only ones who were officially elected by the Jewish Home election committee, and we will consider together what to do. The name ‘Jewish Home’ now belongs to Rabbi Rafi Peretz and Nir Auerbach. We have to discuss whether we’ll use the name — building something new — or we’ll let someone else rebuild the home for religious Zionism.”