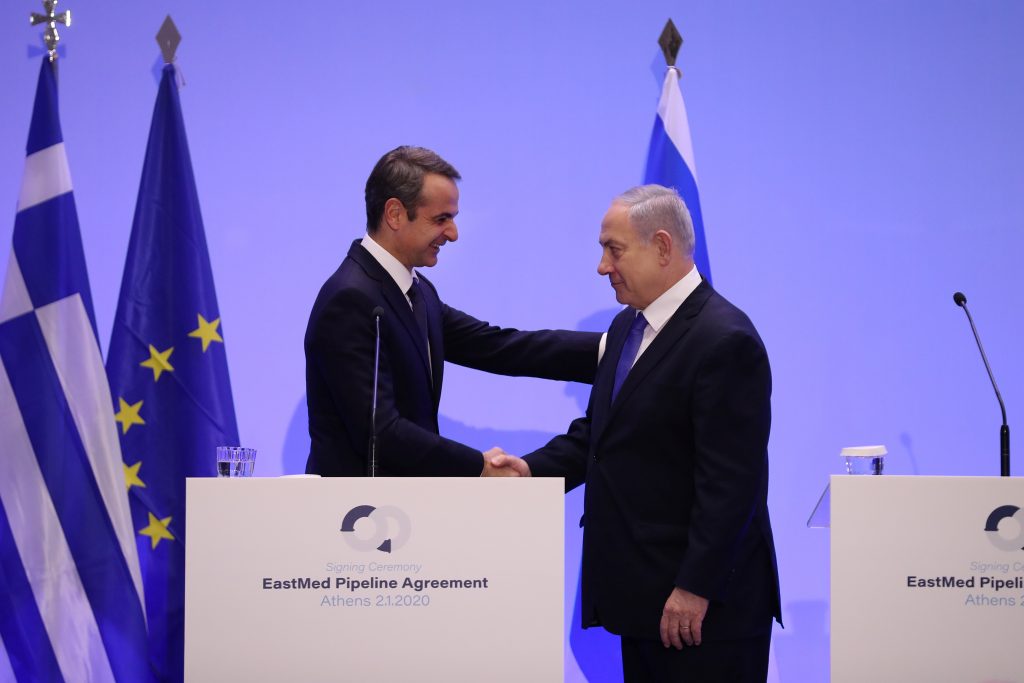 Prime Minister Binyamin Netanyahu is to cut short his trip to Greece following the assassination of Maj.-Gen. Qassem Soleimani, head of Iran‘s Quds Force, said an official in Netanyahu’s office.

Army Radio reported that the country’s military had gone on heightened alert, fearing retaliation by Iran or its proxies after the killing of Soleimani by a U.S. air strike in Baghdad.

Netanyahu was in Athens following the deal signed by Greece, Cyprus and Israel on Thursday to build a 1,900-km (1,180-mile) subsea pipeline to carry natural gas from the eastern Mediterranean’s rapidly developing gas fields to Europe.