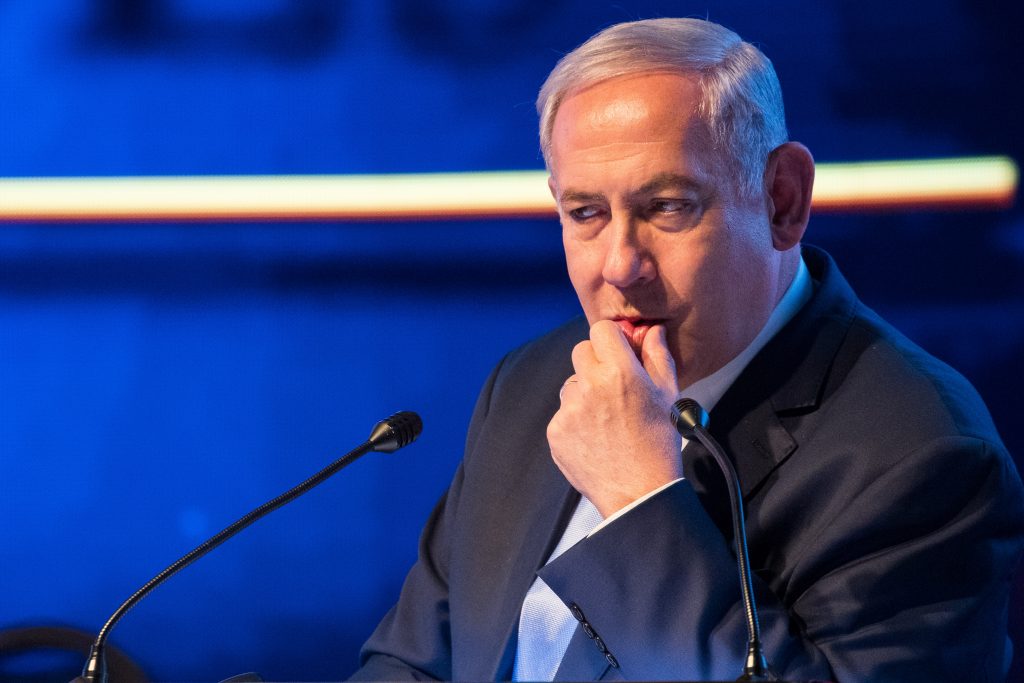 If Prime Minister Binyamin Netanyahu decides to ask the Knesset for parliamentary immunity that would temporarily halt the advancement of legal action against him, as weekend reports indicated he would, MKs of the Democratic Camp would fight the process with all efforts possible, the party said in a statement. “Netanyahu kept saying there would be no charges because nothing happened to charge him with,” the statement said. “Let him prove that in court instead of holding a whole country hostage.”

Reports circulated over the weekend that Netanyahu had made up his mind to seek parliamentary immunity, which would shield him from legal procedures as long as he is Prime Minister. Netanyahu was reportedly undecided about making the request, but has now decided that immunity would be the best way forward for him. The deadline for Netanyahu to make that request, 30 days after the announcement that he is to be indicted, is Thursday.

If he does request immunity, the Knesset will set up a committee to discuss the request. However, the request needs the approval of a majority of MKs in order for immunity to take effect, so the actual request will not be discussed until after the March elections at the earliest. In a statement, the Likud said Saturday night that “immunity is a temporary matter for the prime minister’s term in office, and is not an attempt to evade justice. The Prime Minister has not made a decision on the matter, and he will announce his decision in several days.”

Before Thursday, however, State Attorney Avichai Mandelblit is set to announce whether in his opinion Netanyahu should be allowed to form a new government if the Likud wins the next election, given that he is set to be indicted. The High Court is set to rule on the matter Wednesday, and there is speculation that Netanyahu will file his request before that.

Netanyahu is likely to justify his request by saying that the public gave him an overwhelming vote of confidence in last week’s Likud primary, and that preventing him from forming a government before he has had a chance to defend himself in court would constitute unfair interference by the court in the political process.