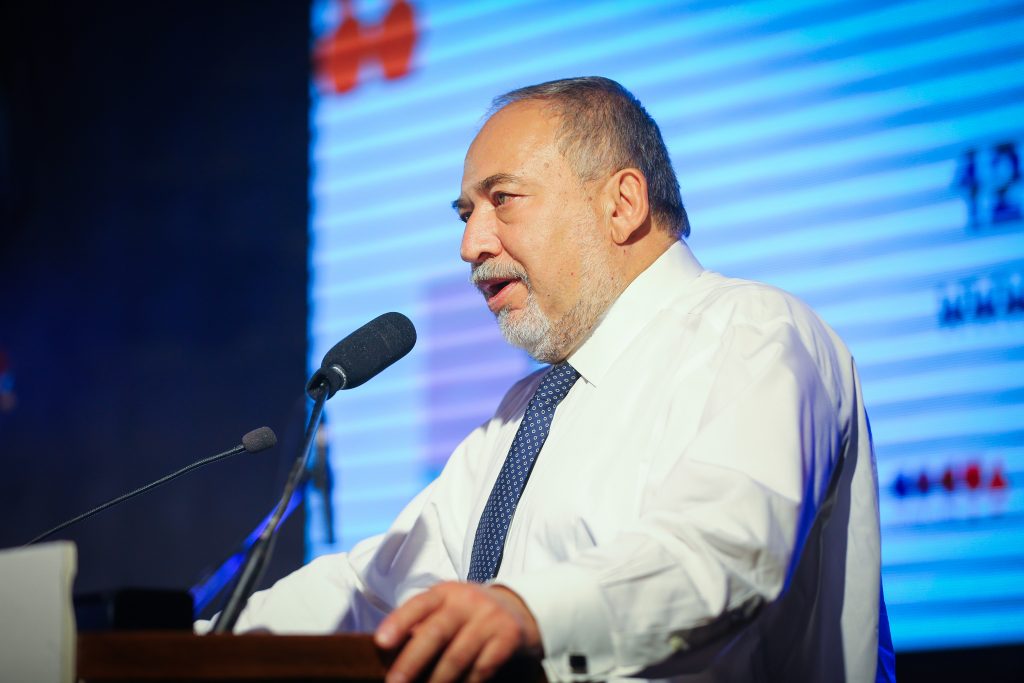 Israelis are stuck with a second repeat election on March 2, but there is a possibility that they won’t have to vote for or against Prime Minister Binyamin Netanyahu again.

A move to offer Netanyahu a pardon in the corruption cases against him, on condition that he agrees to resign from office, has gained support from Yisrael Beytenu party leader Avigdor Liberman and Blue and White chief Benny Gantz.

Liberman, who refused every offer from Likud to provide the missing votes for a right-religious coalition, one of the main reasons for elections, said on Thursday that pardon was an option.

Liberman told Ynet he would support “a deal [for the PM] to retire with dignity,” saying there was “a sense of fatigue” with Netanyahu in the Knesset and a feeling that “he’s become a burden.”

“If a bill [for Netanyahu to leave public life] is presented before the Knesset, I’m certain it would be approved by everyone,” Liberman predicted.

However, regarding immunity from prosecution, Lieberman asserted that Netanyahu “won’t have a majority to seek immunity, even Likud members are expressing their share of objections [against granting Netanyahu immunity].”

“No one wants to see him in prison, but no one wants him in politics either. And everyone is truly prepared to give him the opportunity to exit with dignity,” Liberman said.

Gantz was more circumspect. “We’d consider that,” he said after Liberman’s comment was publicized.

“It would be good to save us all the shameful spectacle of a prime minister in prison,” he added.

Politicians to the left of Gantz were less perturbed by the prospect of Netanyahu behind bars.

“I don’t want to see a prime minister in prison any more than you,” Democratic Camp chair Nitzan Horowitz told Gantz in a statement to the press. “But for that we need a prime minister who isn’t corrupt.”

Horowitz was adamantly against the proposal: “There isn’t and there won’t be any parliamentary immunity for Netanyahu. In Israel, everyone is equal before the law. If Netanyahu is convicted of the serious offenses of which he is accused, he’ll have to serve his sentence.”

Labor-Gesher leader Amir Peretz said the same: “No one wants to see a prime minister go to prison. But every citizen in Israel must be equal before the law. You can’t buy and sell the position of prime minister.”

“Netanyahu can strike a plea deal right now,” he added, “instead of continuing to hunker down in [the PM’s residence on] Balfour [Street].”

Meanwhile, the procedure required for the Knesset to pass on an immunity request from Netanyahu remains unavailable, since the Knesset House Committee has been inactive due to the political impasse.

Knesset legal adviser Eyal Yinon that no formal indictments against the prime minister can be filed until the House Committee has ruled on his immunity. Now that the Knesset has dissolved, the committee is not expected to convene for business until mid-March, after the elections and, hopefully, the installation of a new government which will appoint committee members.

In recent days, there were reports that various parties, including a group of national-religious rabbis, were proposing that President Reuven Rivlin grant Netanyahu a pardon in exchange for his resignation. But no statement from Rivlin was forthcoming on whether or not he would consider such a deal.