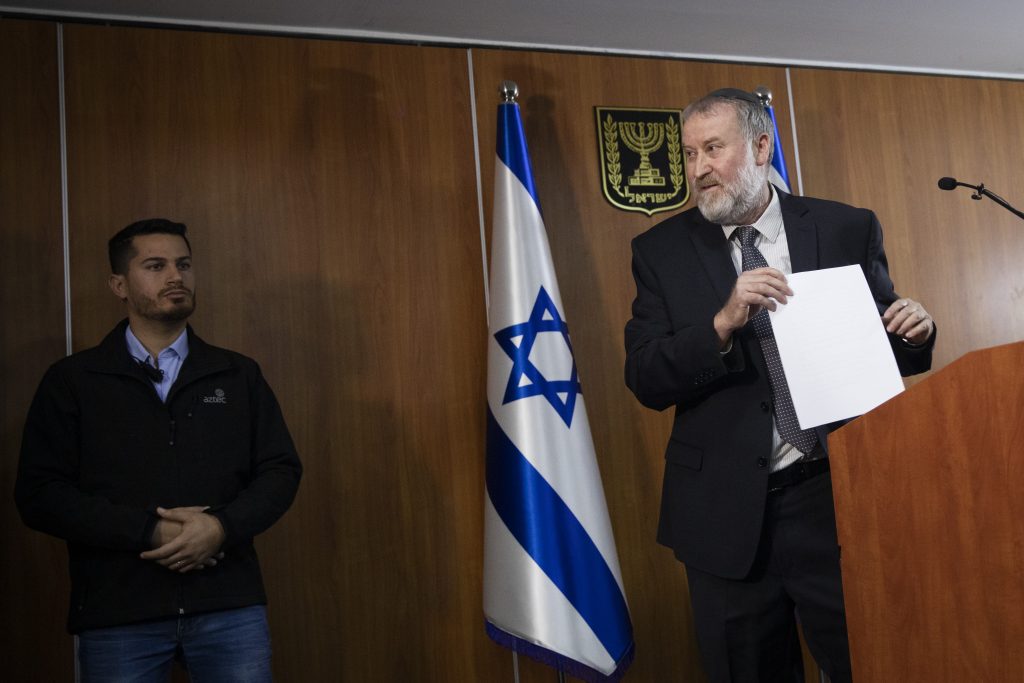 In all the discussion about Attorney General Avichai Mandelblit’s decision to indict Israeli Prime Minister Binyamin Netanyahu‏‏ on charges of corruption, it has scarcely been noticed that no formal indictment has yet been filed.

The reason for the lag is not just the pace of paperwork in the state of Israel. The reason is much more substantive than that.

According to the existing law—and without any additional input from PM Netanyahu—any member of Knesset, including a prime minister, is protected by a procedural immunity. This requires that before any indictment is filed, the attorney general must first submit the charge sheet to the Knesset speaker and ask whether the prime minister will seek procedural immunity, constitutional scholar Suzie Navot explained to The Times of Israel.

In the current political impasse, the caretaker government has not been able to staff Knesset committees, including the House Committee, which would review immunity requests.

“He [Mandelblit] cannot file charges. He has to present the indictment to the speaker and then wait for Netanyahu’s decision whether he wants procedural immunity or not,” she said.

“He just has to say that he wants the immunity and then only when a new government is formed and the Knesset committee starts working, they’ll deal with it… months from now,” she said.

Then there is the question of whether the committee, once formed, would grant Netanyahu immunity from prosecution.

That would depend on whether its members are persuaded that the prime minister has sufficient grounds to claim such immunity.

The law sets forth four “grounds” which would allow the House Committee to refuse to lift Netanyahu’s immunity: if the alleged crime was committed in the line of his parliamentary duties; the indictment is served in “bad faith”; the alleged wrongdoing was committed in the Knesset building and was already dealt with within the Knesset; or if prosecution would cause “real damage … to the representation of the electorate.”

In the event that a new government is formed and Knesset committee members are appointed, the House Committee could decide to reject or accept a request for immunity on any of those grounds. If the committee should vote to accept it, the High Court, which has said explicitly that it reserves the right to overrule Knesset actions of a “judicial” nature such as this, could still intervene to remove his immunity.

Of course, a lot could happen between now and then.