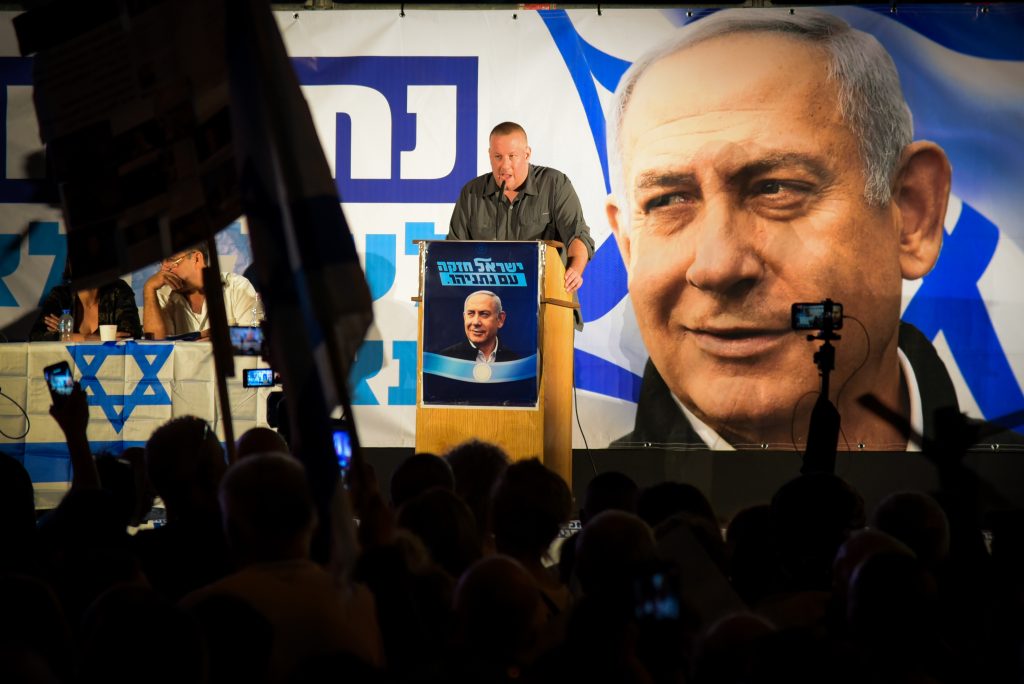 Dr. Mordechai Kedar, a lecturer at Bar Ilan University and a research associate of the Begin-Sadat Center for Peace, and considered an expert on Arabic language, culture and politics, dropped a bombshell at a rally Tuesday night in support of Prime Minister Binyamin Netanyahu. Turning his attention to issues of right vs. left in Israeli politics, Kedar stressed that the differences did not begin with Netanyahu – and that accusations that “the right” killed Prime Minister Yitzchak Rabin were wrong.

It was not Yigal Amir who did the deed, he said, but a Shin Bet agent – and he had proof, in the form of a document by investigators that expressed “grave doubt” that Amir killed Rabin. The document lists a number of more likely suspects – including one with the initials Y.R., whom Kedar believes is the guilty party.

“After 25 years the time has come to investigate the Rabin murder,” Kedar said. “The initial investigation was conducted by an Israeli expert in the field of physics, Nachum Shachaf.” Based on his findings, “it’s not at all clear that Amir killed Rabin. Why is Amir in solitary confinement. Is it to keep him quiet? Rabin was killed by one of his staff, under orders from a top politician who was afraid that Rabin was planning to back away from the Oslo Accords.”

Instead of seeking the truth, Kedar said that the left preferred to use the Rabin murder as a method of marginalizing the right. “The left blames the right, the left blamed Bar Ilan University for the death of Rabin,” because Amir had been a student there. “We are tired of this blood libel. We want a state investigation that is not politically biased and will examine all the documents and findings relating to the murder.”

Motzoei Shabbos marks the 24th anniversary of Rabin’s murder, and as usual a rally will be held in Rabin Square in Tel Aviv to commemorate the occasion. Benny Gantz, Blue and White party head, will be the featured speaker, but Netanyahu has not been invited. Also off the list is Labor head Amir Peretz. Members of Labor and the Democratic Camp slammed the decision. It is “ridiculous to ban the head of the party that Rabin himself built and belonged to,” said MK Itzik Shmuli. “The point of this event is to remember the legacy of Rabin, not to eliminate it.”