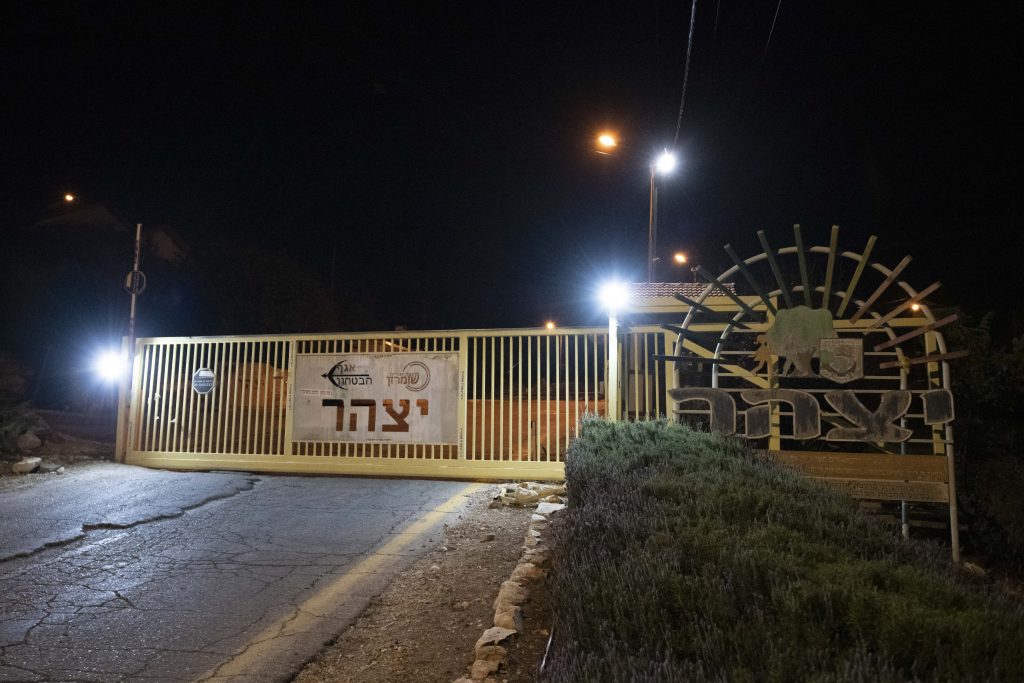 Large numbers of Border Police on Thursday descended on the outpost community of Kumi Ori, located outside Yitzhar, intent on demolishing structures that had been built there. The demolition follows an incident last week in which youths are accused of harassing and throwing stones at Border Guards. Yitzhar officials called the demolitions “a violent ‘price tag’ action that will harm the efforts of the town to restore order.”

The Civil Administration earlier this week issued demolition orders for the buildings, claiming they were built on land in Area B, which is supposed to be under Palestinian Authority civil control.

Yitzhar community leaders said that the demolition was clearly in revenge for the incident last weekend, when about 30 “hilltop youth” – individuals who live in outposts and are generally banned from IDF service – are said to have thrown stones at soldiers, along with puncturing the tires of IDF jeeps.

One soldier was injured in the melee. To break up the crowd, soldiers fired in the air. The reason for the unrest was the arrest earlier in the week of a youth who was allegedly physically assaulted by an officer. On Friday, a resident of the area was arrested after allegedly threatening an IDF officer over the arrest. The detainee was freed on Sunday afternoon.

Yitzhar officials said that “the town and its residents have proclaimed their sharp opposition to attacks on soldiers, and it is because of that the decision to demolish the buildings has taken on the aura of a punishment. This is an unworthy act, and will only serve to further aggravate the situation that we are trying to calm.”