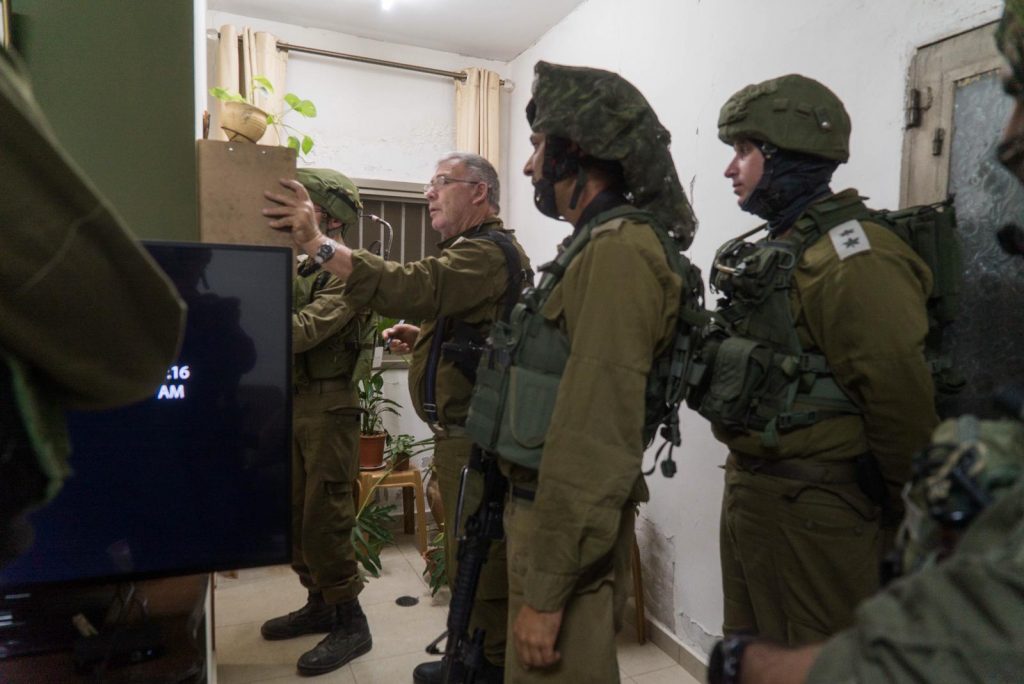 IDF soldiers overnight Thursday mapped out the location of Yazan Hassin Hasni Majamas, one of the terrorists responsible for the murder of Rena Shnerb, Hy”d. The house, located in the village of Bir Zeit, near Ramallah, is slated to be demolished. IDF engineers assessed the site to determine where to place explosives, as soldiers held back rioters, who threw rocks and firebombs, attempting to prevent the demolition.

Shnerb was murdered in August at the Danny Spring, near Dolev in Shomron, when a bomb that had been set by terrorists was exploded remotely. Besides killing Shnerb, the terror bombers injured her father, Rabbi Eitan Shnerb, and brother, Dvir Shnerb. Five terrorists, associated with the Popular Front terror group, have been arrested in connection with the attack. The group was led by 44-year-old Samar Mina Salim Arbid, a resident of Ramallah and a top Popular Front terrorist in the Ramallah area. He has been arrested and served prison sentences for security crimes, including leading riots and building firebombs during the second intifada.