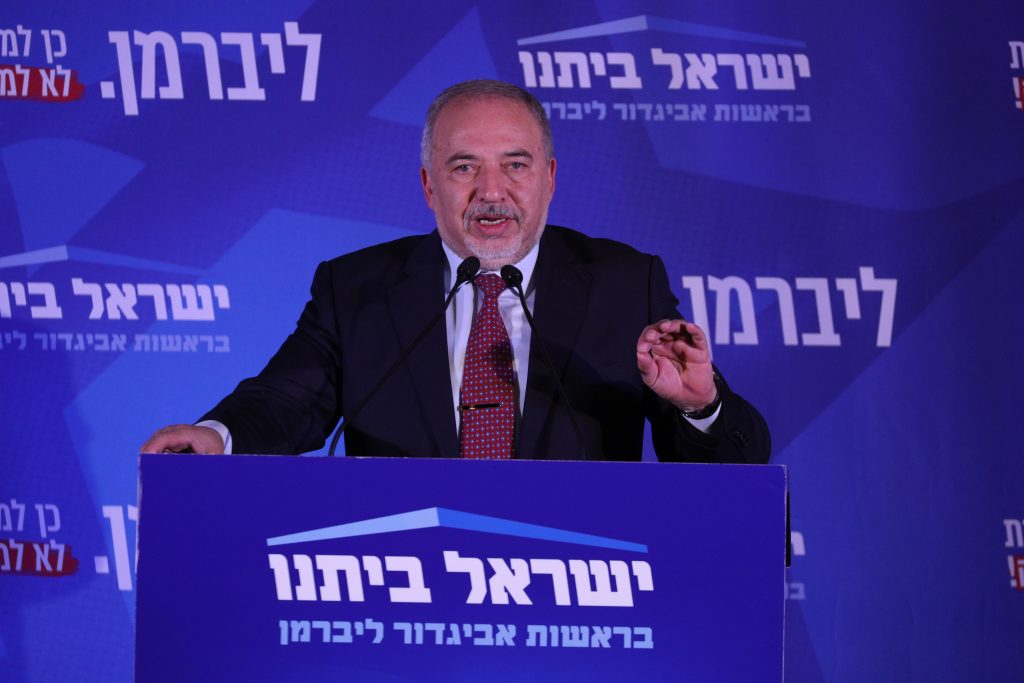 Yisrael Beyteinu Chairman Avigdor Liberman released a plan he has devised for the establishment of a unity government, Wednesday night. At the heart of Lieberman’s plan is what he had said all through his campaign, to form a coalition between three parties: His own, the Likud and Blue and White.

According to Liberman’s plan, Netanyahu would have to back out of an agreement with the religious right-wing bloc. Shas, United Torah Judaism and Yamina could only join the government later on, based on understandings the three parties will reach amongst themselves.

Lieberman called on setting up a rotation agreement between Binyamin Netanyahu and Benny Gantz, based on a proposal introduced by President Reuven Rivlin. According to the president’s plan, if an indictment is filed against Netanyahu while he serves as prime minister, Gantz will be handed all the official responsibilities of running the country.

As part of his plan, Liberman proposed to discuss several main issues. He wishes to reach an agreement to pass the Draft Law and nix a law that would keep supermarkets closed on Shabbos. Liberman also wants the parties to discuss minimizing budgets, raising taxes and finding a permanent solution for the situation in the Gaza Strip.

Political analysts note that Liberman’s call for a unity government with the Likud and Blue and White – who have 65 seats between the two parties – leaves his eight seats meaningless in the deal. It was also noted that while calling for “unity,” Liberman proposed passing two bills that are obviously not going to be agreed on by the religious parties.