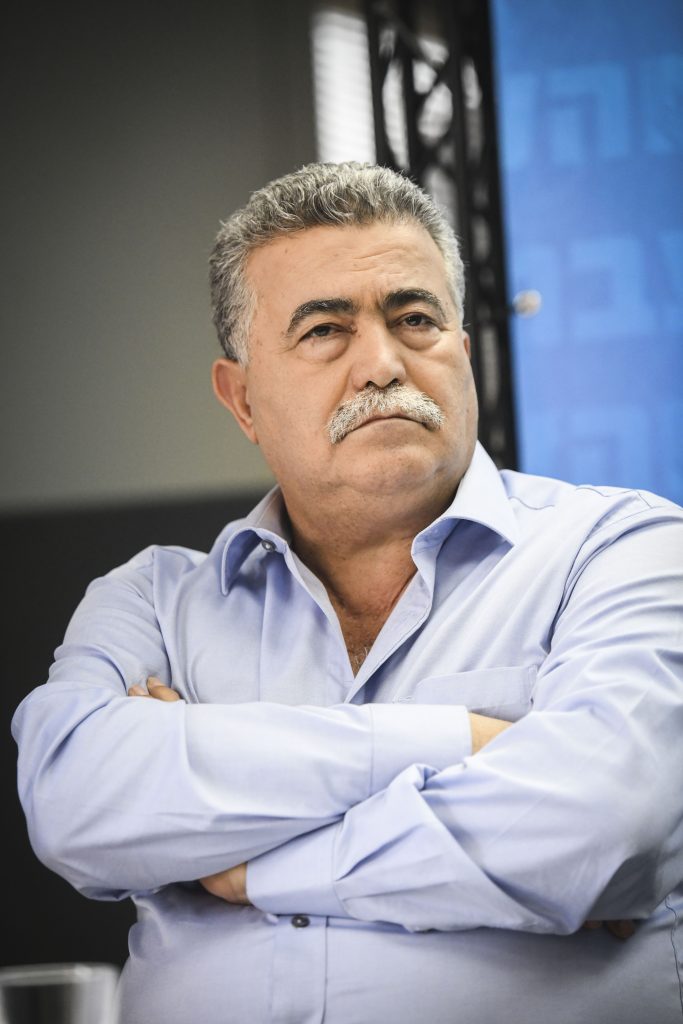 A compromise on a unity government offered weeks ago by President Reuven Rivlin is a worthy plan, and the fact that Blue and White has rejected it out of hand is unacceptable, Labor Party officials have told Benny Gantz and his fellow Blue and White MKs. A report on Kan News said that the Rivlin plan was a good solution to the coalition conundrum faced both by Gantz and Binyamin Netanyahu, and will allow Blue and White to form a unity government with the Likud, while sticking to its pledge not to sit in a government with a Prime Minister under indictment.

The Rivlin plan entails a unity government between the Likud and Blue and White, as well as any other parties that care to join, based on whether they are in the right or left bloc. Ministries would be split down the middle between the blocs, and Netanyahu and Gantz would enter a rotation agreement for the prime minister’s seat, with Netanyahu going first. If State Attorney Avichai Mandelblit recommends indictments after the hearing process going on now over the corruption cases Netanyahu is implicated in, the prime minister will suspend himself until the issues are resolved legally. At that point, Gantz will become acting prime minister.

If the government is formed, the first order of business will be to change the law to provide the acting prime minister with the same authority as the official prime minister, so Gantz will in effect be leading the country fully. A report on Channel 12 said that Blue and White and the Likud have in fact been discussing the Rivlin plan, but a dispute has emerged over when Netanyahu will suspend himself. Blue and White is demanding he do so as soon as Mandelblit recommends an indictment, which, if he does so, will most likely be before the end of 2019. Likud officials want Netanyahu to remain in office until his trial begins.

The Labor criticism comes on the background of ongoing efforts by Netanyahu to form a government. Political observers have expressed surprise that Netanyahu has not yet informed Rivlin that he is unable to form a government – halfway through the three week period allocated to him. According to Maariv, Netanyahu is deliberately waiting until Thursday, when Avigdor Liberman promised that he would reveal his own solution to the coalition crisis, assuming Likud and Blue and White could not come to an agreement before then.

Meanwhile, the report said, Netanyahu has been trying to “pick off” members of the opposition, seeking to tempt them to join a government he would form. So far there have been no takers for what the report said were “generous offers” to certain MKs, including ministries or Knesset committee chairmanships. Analysts put very little stock in the success of those efforts; in the April election, the prime minister needed to switch just one opposition MK and was apparently unsuccessful; now he has a much greater challenge, finding six opposition members willing to join him.