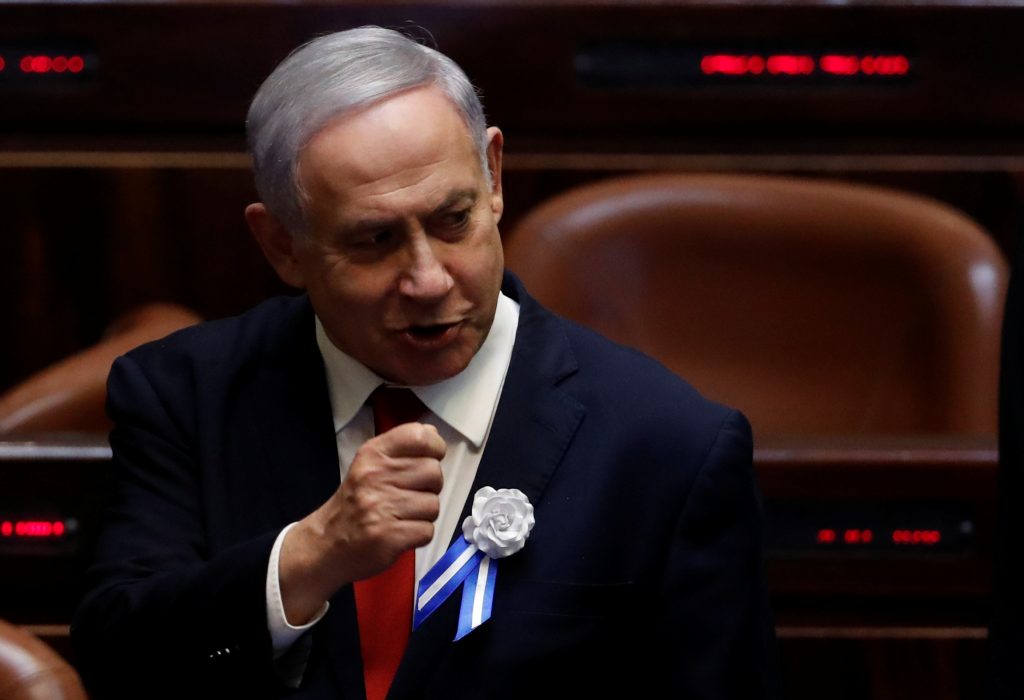 Faced with multiple challenges to his political survival, Israeli Prime Minister Binyamin Netanyahu‏‏ sought to firm up support within his right-religious bloc on Thursday.

There were conflicting reports as to whether Netanyahu succeeded in persuading his partners to sign a pledge to endorse no other candidate for prime minister. While Shas and United Torah Judaism were said to be receptive to the idea, Yamina was undecided, according to Times of Israel. But all had signed on, according to Arutz Sheva.

Shas leader Rabbi Aryeh Deri reiterated in a tweet that his party will continue to stand with Netanyahu.

“I’m not concerned about third elections. Shas will also get stronger in them. I hope logic will win out and unity government will be formed,” Rabbi Deri wrote.

Rabbi Deri urged Blue and White leader Benny Gantz to agree to Netanyahu’s offer for a government of Likud, Blue and White and the religious parties. According to the plan, Netanyahu serve for two years as prime minister followed by Gantz for two years. The sides would split up ministerial positions equally.

So far, Gantz has rebuffed such proposals, insisting that he will not sit with a prime minister under threat of indictment.

“There is a high possibility that the Knesset will disperse again,” Rabbi Deri told a Shas gathering on Thursday. “This is a real crisis and a big problem for the economy and our security.”

Rabbi Deri called on Gantz personally to reciprocate Netanyahu’s offer in reaching a compromise for the sake of the country in a difficult time:

“I direct my concerns at one person who holds the key — Benny Gantz. I always defended him when he was attacked and defend him to this very today. I tell him: My dear Benny, join Netanyahu’s call to form unity for which he made great concessions and made a very generous offer. I do not know if I myself would agree to make such a generous offer, but he did so. Now it is your turn,” he was quoted saying by Times of Israel.

Meanwhile, the prime minister told IDF radio that he suggested that “Yisrael Beytenu” join the new government in order for “Blue & White” to follow.

“I suggested to Liberman to join the government because I thought Blue & White would follow, but he did not listen to me,” Netanyahu said of their meeting earlier in the day.

Netanyahu asserted, similarly to President Rivlin in the Knesset on Thursday, that such a government is the “will of the nation” since neither of their parties won enough mandates to form a government on their own.

“Apparently Benny Gantz is trying to escape from this decision. He is suggesting changing the democratic process. I don’t intend to accede to this request,” Netanyahu says, referring to Gantz’s demand he resign to attend to his legal problems.

The prime minister warned in his remarks to the Knesset on Thursday that there would be a “heavy price” to pay if the crisis is not soon resolved.

In response, Gantz declared that “if he vacates his position, there will be a unity government within an hour,” in a briefing to reporters at the Knesset.