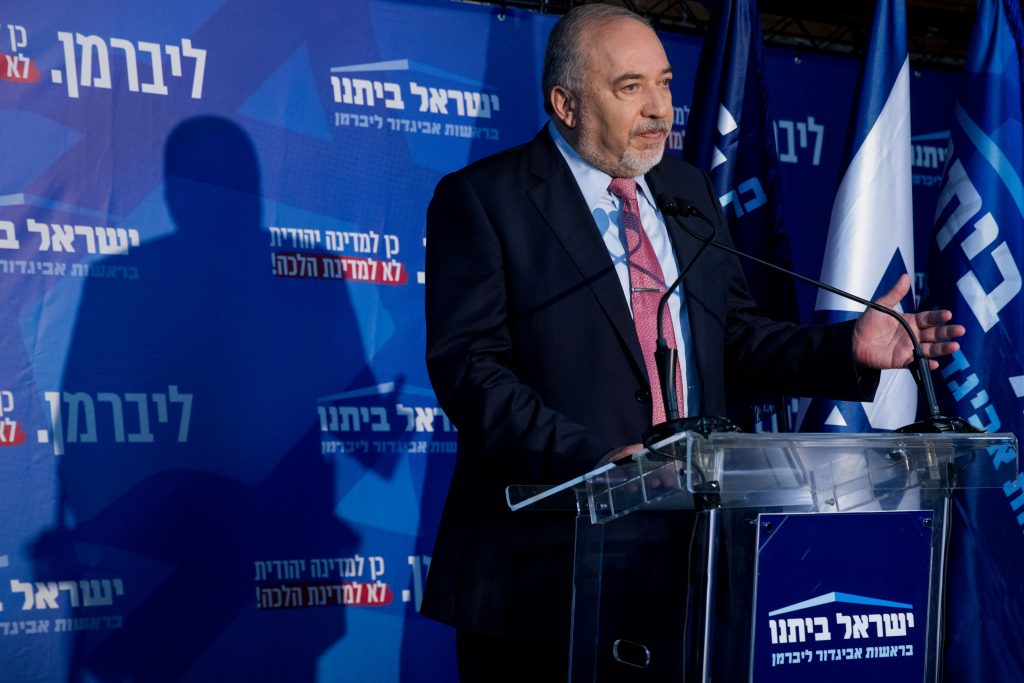 Yisrael Beytenu leader Avigdor Liberman said on Wednesday that he will step in to solve the governmental impasse, if no solution is reached by Likud and Blue and White by Yom Kippur, according to media reports.

Liberman – whose refusal to enter a coalition with Israeli Prime Minister Binyamin Netanyahu‏‏’s Likud necessitated a repeat election and has kept the right wing from forming a coalition since the September 17 vote – made the declaration at a party meeting on Wednesday.

“We must reach a rational solution and leave all personal considerations and ego aside,” he said, adding that “the last thing the country needs is another, third round of elections,” according to a statement released afterwards.

Details of Liberman’s ideas for breaking the impasse were not disclosed. Until now, he has been urging a unity government without the chareidi parties.

Liberman also reportedly said that he has been involved in informal discussions with Netanyahu and Gantz on a way to break the deadlock.

According to The Jerusalem Post, a suggestion that Liberman be invited to a meeting with the right-wing bloc went unopposed by party leaders.