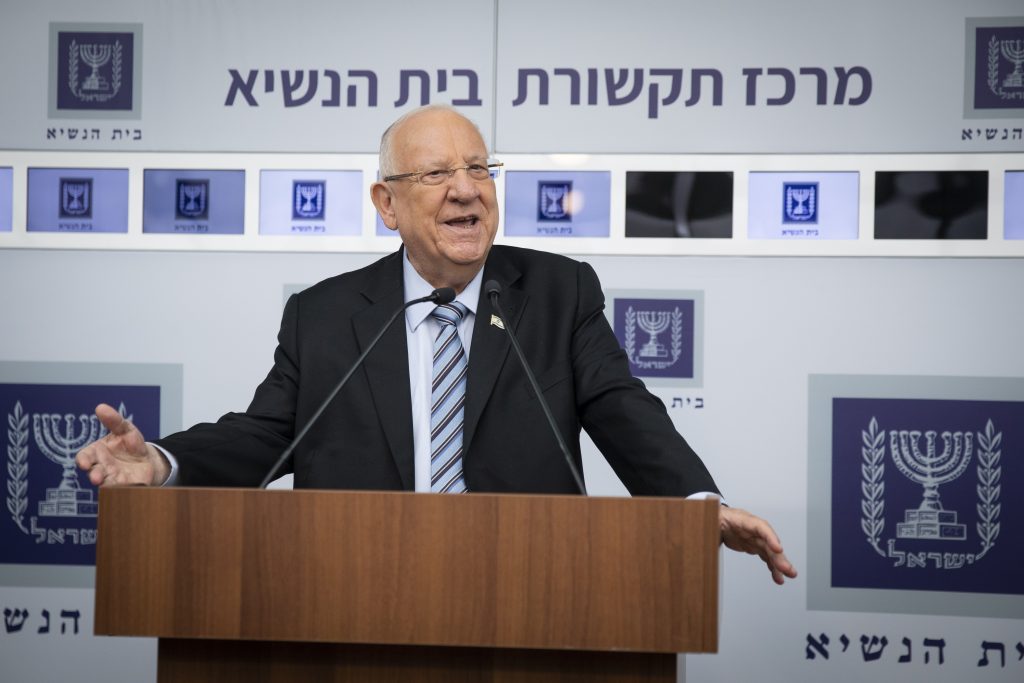 Rivlin met Sunday and Monday with the factions in the 22nd Knesset, and neither Netanyahu – with 55 MKs – nor Gantz – 54 MKs – received majority support to serve as prime minister. The president hopes that a meeting with the two leaders of the largest parties can enable the formation of a unity government.

Neither Gantz nor Netanyahu was able to reach the 61 MKs necessary after Avigdor Liberman announced that the eight MKs of his party will not nominate either of the two candidates.

Since the election results have been known, Rivlin has urged the Likud and Blue and White parties to join together to form a national unity government.

Netanyahu has repeatedly called for a unity government, while Gantz has been holding out for a government without Netanyahu.

Meanwhile, Gantz will be meeting with Yisrael Beytenu leader Avigdor Liberman in Tel Aviv, ahead of the meeting with Rivlin and Netanayhu.

Gantz reportedly promised Liberman last week he would not join a coalition without his Yisrael Beytenu party.