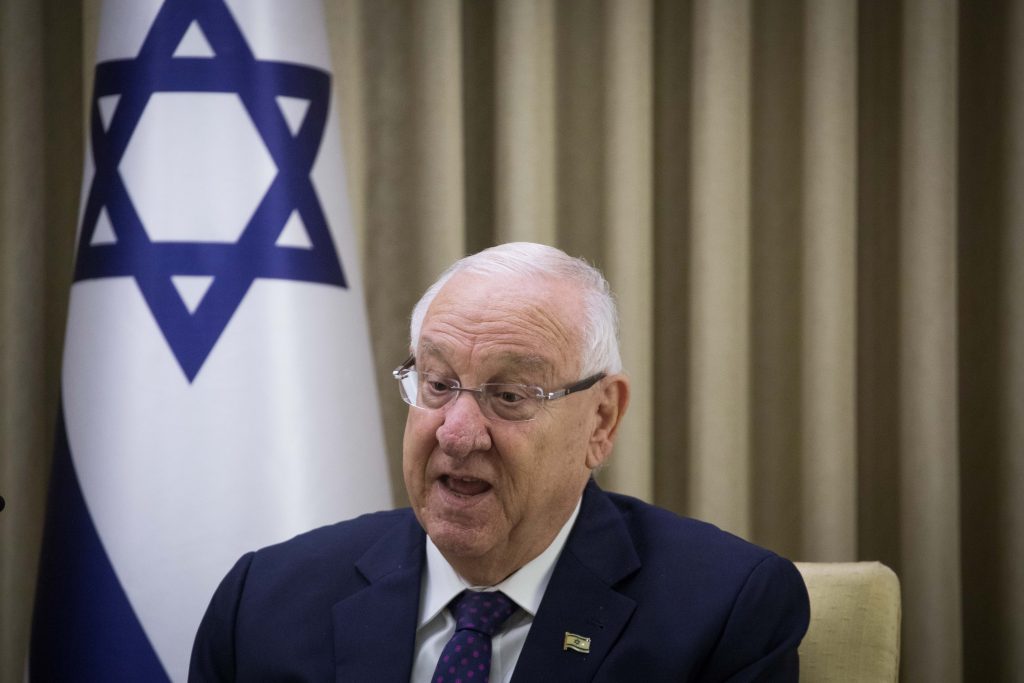 Israel’s two main parties were locked in a dead heat on Wednesday, with more than 90 percent of the vote in the do-over election tallied.

The inconclusive result has already triggered what could be weeks of partisan fighting, extending the uncertainty that has gridlocked Israeli politics for months and left the fate of Prime Minister Binyamin Netanyahu up in the air.

As the results continued to trickle in, both Netanyahu, the leader of Israel’s ruling Likud party, and his chief rival, Benny Gantz, head of the centrist Blue and White faction, began jockeying for the endorsement of smaller parties in hopes of achieving a governing majority of 61 seats in the Knesset, Israel’s parliament. Preliminary results show the two parties each with 33 or 32 seats.

As the leaders scrambled for seats, political observers sorted through voting results that could spell profound changes in the Israeli government. Most significantly, Netanyahu’s longtime hold on Israel’s top office could be threatened by restless members of his own party willing to share power with their rivals.

“It will take some time, but this increases the probability of Likud moving Netanyahu aside and joining a unity government with Blue and White,” said Dan Shapiro, the former U.S. Ambassador to Israel.

At the center of the stage is Israeli President Reuven Rivlin, who in the coming days will offer either Netanyahu or Gantz the first chance at forming a government. Rivlin gave no indication as to which way he would go. In April, he gave Netanyahu the first crack after a vote in the spring elections.

When Netanyahu failed to form a coalition after that vote, he triggered the unprecedented second election. Now Likud operatives are even discussing the prospect of a third vote in the months ahead.

In a statement, Rivlin’s office made clear that a third election was to be avoided at all costs.

“The president will be guided by the need to form a government in Israel as quickly as possible and to implement the will of the people as expressed in the results of the election, as well as the need to avoid a third general election,” the statement read.

Political analysts underscored the complexity of the situation, arguably even more intractable than the aftermath of the April vote, in which Netanyahu had emerged a hair ahead of Gantz.

“It’s not only that the two parties are the same size, but also the blocs are the same size,” said Emmanuel Navon, a political scientist and foreign policy expert at Tel Aviv University.” The president will have to get them to form a unity government, and Rivlin can decide to give the job to whoever he wants to, although he must be realistic.”

Netanyahu said he is to meet again with the leaders of other right-wing parties on Wednesday afternoon, and Gantz’s Blue and White party announced late Tuesday that it had formed a negotiating team.

Dressed in sports clothes, Gantz was up early Wednesday morning. “We are waiting to see the final results,” he said, speaking to reporters outside his home. “In a day or two we will know, and then we will create a strong and broad unity coalition in the State of Israel.”

As of Wednesday morning, Gantz had already reached out to Ayman Odeh, leader of the Joint List, the conglomeration of four Arab parties that scored remarkably well in Tuesday’s election, securing 12 seats.

“The main thing is that Israeli Arabs have made their voices heard, and what they want is to stop a right-wing government headed by Netanyahu,” Odeh said Wednesday in a news conference outside his home in Haifa. “There is clearly a price for incitement.”

A key feature of Netanyahu’s campaign had been race-baiting Israel’s Arab citizens, accusing them of voter fraud and of trying to “take over” the country.

“Our direction is very clear,” Odeh said. “We want to change Netanyahu’s government, but we are not in anyone’s pocket.”

Odeh said he would consider taking the unprecedented step of heading the country’s formal opposition, something that has never been done by an Arab party in Israel. That would give him the opportunity to meet with high-level visiting dignitaries and gain access to some sensitive security information.

In a meeting with journalists ahead of the election, Odeh said he would ask whoever turns to him for support to cancel the controversial Nation State Law, move forward with a peace process with the Palestinians, and address some of the pressing social issues in Arab society in Israel, including infrastructure projects and stopping home demolitions.

But whether Odeh’s faction would support Gantz, a former general, was far from a given. His Joint List includes a Communist Party and members of the Muslim Brotherhood in Israel, both of which would have to agree.

Speaking outside his home in the Israeli settlement of Nokdim, Avigdor Liberman, Netanyahu’s erstwhile former ally and the leader of the secular nationalist Yisrael Beyteyu faction, told Israeli media on Wednesday morning that to avert a democratic crisis, Netanyahu and Gantz have no choice but to form a broad coalition.

“It is a shame to waste more time; we need to get on this track as soon as possible,” Liberman said. His party has garnered eight seats, making it key to any coalition.

The stakes of a loss for Netanyahu are high: Israel’s attorney general, Avichai Mandelblit, is scheduled to hold a hearing Oct. 3 on three criminal cases in which police have recommended indicting Netanyahu.