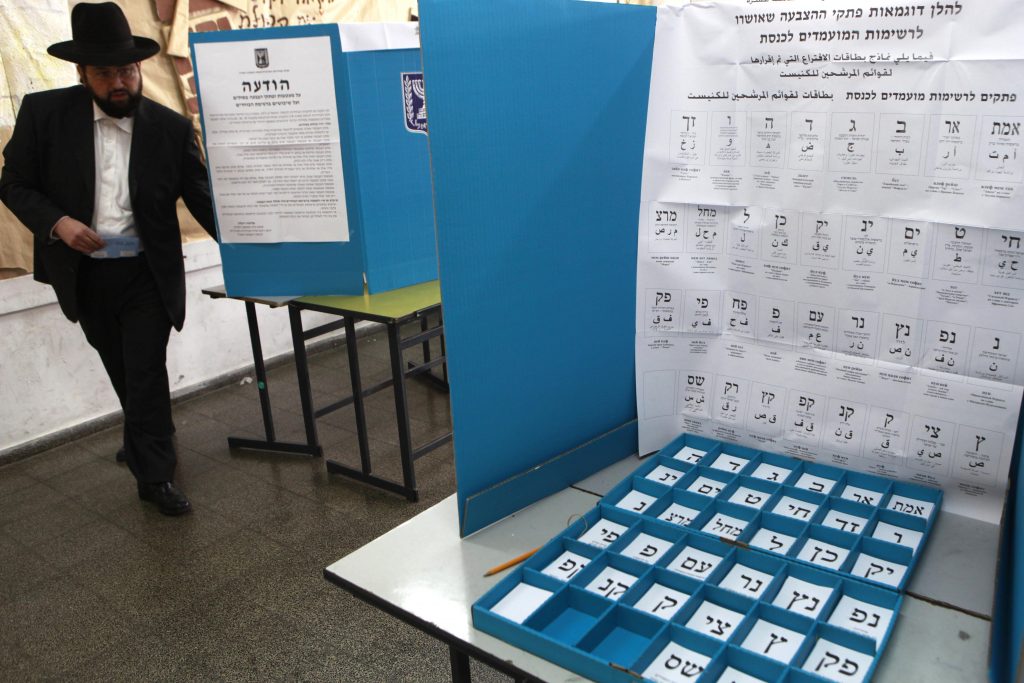 Amid predictions of violence at the polls on Tuesday, police and elections inspectors have been gearing up for an unprecedented show of force to handle any disturbances that might arise.

Close to 20,000 uniformed and plainclothes police officers are set to be deployed nationwide at 10,700 polling stations. Most of the policemen will be equipped with body cameras to document illegal activity, according to Channel 13.

“The police will not allow any violence, or any provocation that causes disturbances or constitutes a threat to voters,” the head of the police election authority, Sigal Bar-Tzvi was quoted as saying by The Times of Israel on Monday.

In a parallel measure, the Central Elections Committee plans to send out 3,000 observers, also with cameras, to polling stations considered potential trouble spots. They have instructions to immediately call the police if they see anybody else filming at polling stations, the report said. The CEC ruled recently against a Likud request that political parties be allowed to bring cameras into polling places to prevent fraud, saying that only their inspectors would be permitted to do so.

Labor party activists claimed on Monday that Likud has recruited “thugs” to interfere with voting at Labor strongholds, and Blue and White leader Benny Gantz voiced a “suspicion” that Netanyahu’s party plans to promote disturbances. The Likud has denied the allegations.

Otzma Yehudit leader Itamar Ben Gvir denied in an Army Radio interview on Monday evening that his party plans to create disturbances at polling stations in Arab areas. He said it would, however, send observers to those areas, in order to help ensure there was no electoral fraud.

When polls close at 10 p.m. on Tuesday, Israeli news networks are expected to broadcast the results of exit polls, though these have often proved inaccurate. The actual results will flow in overnight Tuesday/Wednesday, with the count expected to take longer than in the past, as the Committee is implementing extra precautions to avoid any repeat of the incorrectly published figures that marred the count in April and required recounts.