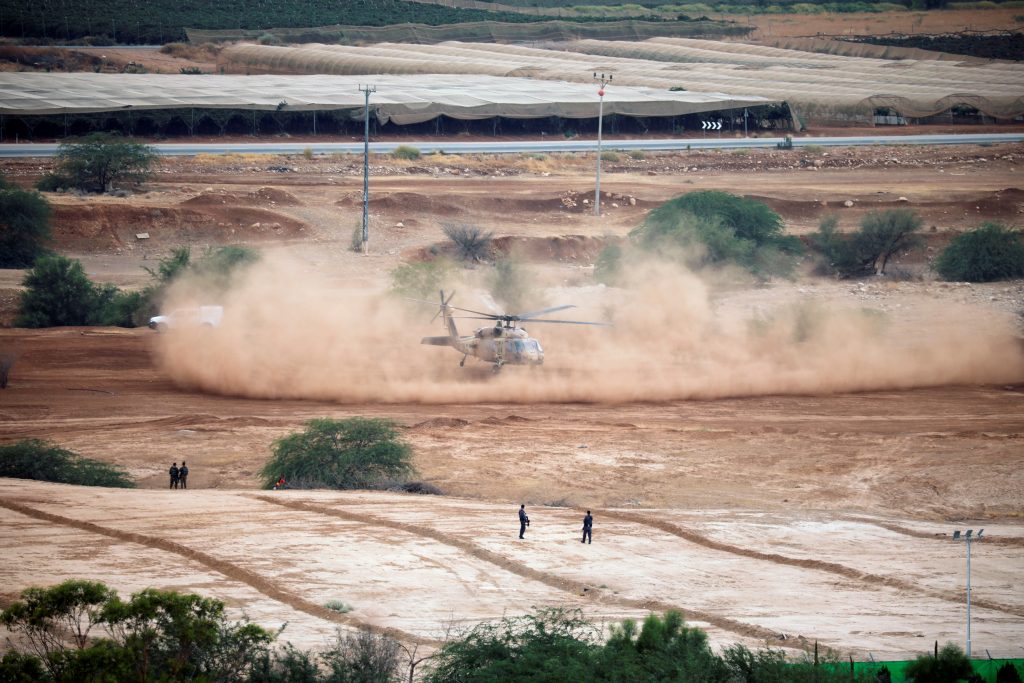 The Cabinet on Sunday approved Prime Minister Binyamin Netanyahu’s proposal to authorize the community of Mevo’ot Yericho in the Jordan Valley, during its meeting in the area.

The decision will enable the community to become a permanent and independent town after the election.

The vote took place after Attorney General Avichai Mandelblit removed his opposition to holding a vote on the issue.

Mandelblit, who last week said the move was not possible during an election period, withdrew his objection on Sunday, after Netanyahu and Ministers Amir Ohana, Yariv Levin and Betzalel Smotrich spoke with Mandelblit to ask him to change his opinion.

Mandelblit had said in his initial ruling that approving the action ahead of the vote could be seen as political propaganda.

Seated in a makeshift tent and flanked by his ministers at the Cabinet meeting, Netanyahu said that he was proud to establish what he expects to be the country’s future eastern border and officially incorporate its communities into Israel.

“It’s not just the eastern gate of Israel, it is the defensive wall from the east, because the Jordan Valley, together with the territories that will be part of Israel, guarantees that the military will be here forever,” he said. “Instead of having a country that is only a few kilometers wide, it is a country with strategic depth and strategic height.

“We will apply sovereignty in the Jordan Valley and the Northern Dead Sea as soon as the next government is established. I have appointed a work team headed by the director of the Prime Minister’s Office,” said Netanyahu.