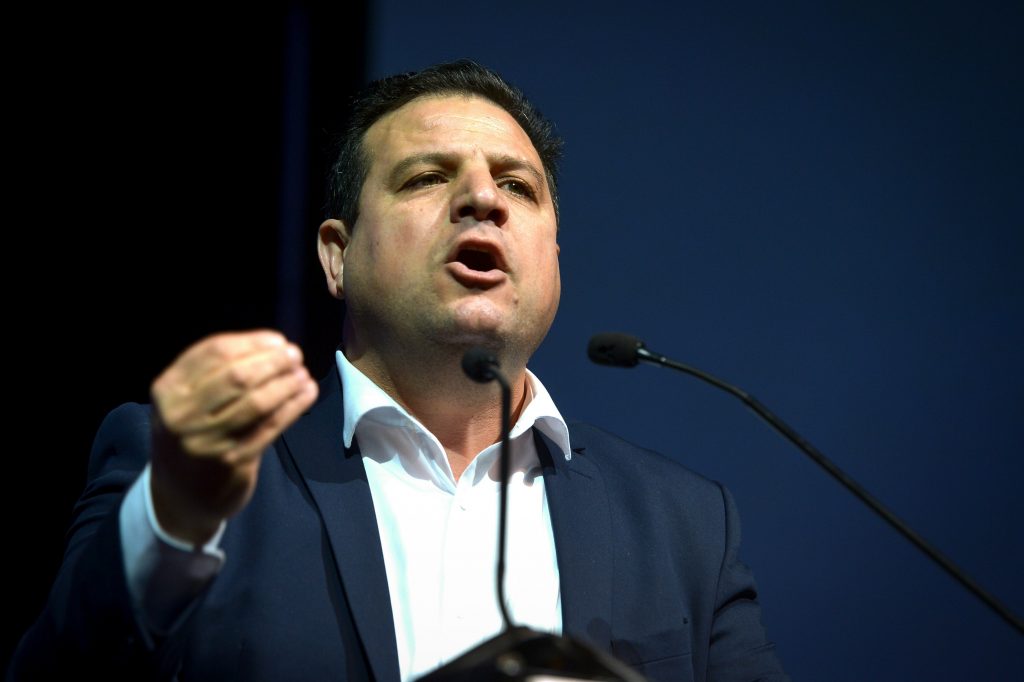 Challengers to Israeli Prime Minister Binyamin Netanyahu in next Tuesday’s election have courted Israel’s Arab minority, hoping that a strong turnout from the sector could tip the scales in their favor.

Gantz has appeared on Arabic-language TV, hoping to capitalize on the growing number of Arab voters ditching Arab parties in favor of others.

“This is a change in strategy from the previous election,” said Ram Ben-Barak, a Blue and White candidate and former deputy director of the Mossad intelligence agency who is leading the campaign to woo Arab citizens.

Arabs make up 21 percent of Israel’s population. But frustration with disunity among Arab-dominated parties and dismay over what they see as Israel’s discriminatory practices against them helped push the community’s turnout to a 20-year low in the last Knesset election in April.

More than 28 percent of Arab voters cast ballots for mostly-Jewish party lists in the April election, up from about 17 percent four years earlier, according to Arik Rudnitsky, a researcher at the Israel Democracy Institute.

Most of those votes went to Blue and White and the leftist Meretz party, data showed. Ben-Barak says the extra votes will help limit right-wing gains.

Despite the bid to win Arab votes, Gantz’s Blue and White has given no indication it was trying to differentiate itself from PM Netanyahu on the issue of annexation of the Jordan Valley and other parts of Yehudah and Shomron.

Gantz told Army Radio on Thursday: “I am in favor of leaving the valley in Israeli hands in any possible scenario.”

Indeed, annexation does not factor heavily into the Arab minority’s political agenda, which focuses on issues of discrimination, inequality and crime in their own communities, according to the Konrad Adenauer Program for Jewish-Arab Cooperation.

Despite holding Israeli citizenship, many Arabs say they face discrimination in areas such as health, education and housing. Poverty among Arab citizens is 47 percent, compared with a national average of 18 percent, according to Israel’s National Insurance Institute.

Netanyahu’s Likud party counters that its 15 billion shekel ($4.2 billion) “is more than any government has ever invested in the Arab society,” according to Eli Hazan, Likud’s foreign affairs director.

The prime minister remains a villain in the eyes of many Arab Israelis nevertheless. In a rallying cry to right-wing supporters on election day in 2015, Netanyahu famously declared that Arabs were flocking to polls “in droves” to defeat him.

Arab turnout fell by a third to 49 percent in April’s election, the lowest since 1999, the Israeli Democracy Institute said. Overall turnout was about 69 percent.

Netanyahu failed on Wednesday to pass a bill which would allow cameras in all polling stations next week. As the measure was debated on the Knesset floor, Odeh pulled out his cellphone and appeared to begin filming Netanyahu inches from his face, getting the lawmaker kicked out of the chamber.

“No prime minister has incited against Arabs like Benjamin Netanyahu,” Odeh told Reuters at a campaign event in Tira, an Arab village in central Israel.

The Joint List ran on two separate tickets in April and saw their total representation in the 120-member Knesset fall from 13 to 10. This time, the Joint List has reunited in a bid to increase turnout.

“If we vote 65 percent and above, we will beat Netanyahu and the right-wing government,” Odeh said.