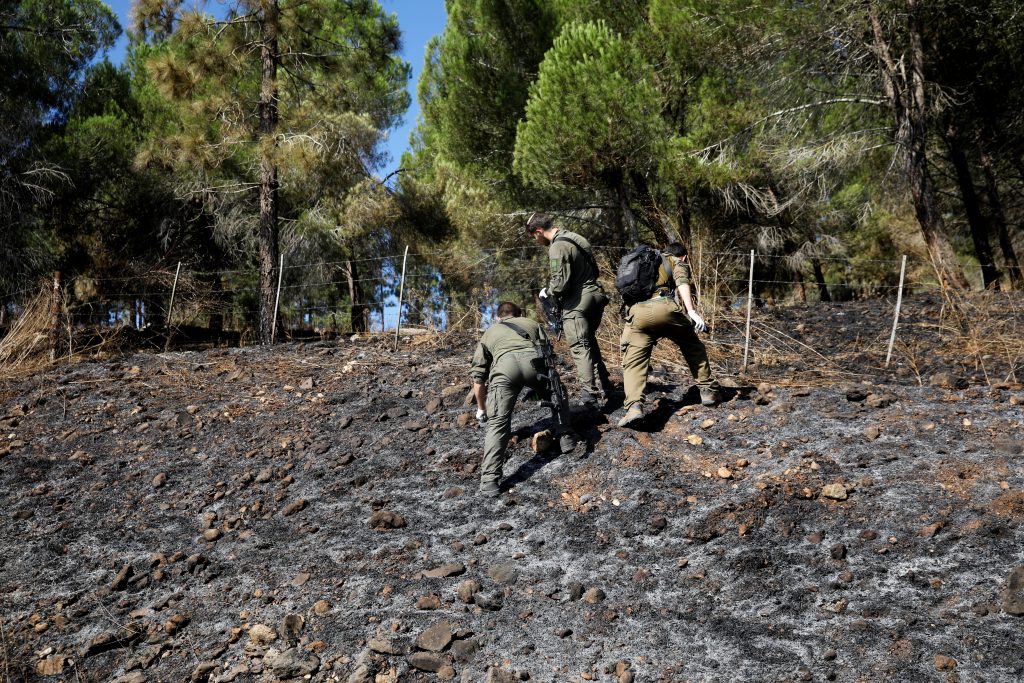 The IDF said Monday that it had identified several failed attempts by groups to fire missiles at Israel from inside Syrian territory. The army said in its statement that the missiles were fired by a Shiite militia directed by the Iranian Quds Force, which operates on the outskirts of Damascus.

The IDF said that it considered the Syrian government responsible for all activities that take place in Syrian territory.

Earlier, the IDF confirmed Lebanese claims that an Israeli army drone had fallen in that country. The drone was on a “routine mission” in Lebanon. There was no sensitive information or equipment on the drone, the army said. Hezbollah claimed that it had downed the drone, and that it had contained “significant” information.

Last week, Hezbollah fired missiles at an army base near the northern border community of Avivim. No Israeli injuries were reported. In response to the attack, Israeli planes hit some 50 Hezbollah targets.

Any new war between Israel and Hezbollah would raise the risk of a wider conflict in the Middle East, where Iran has defied U.S. attempts to force it to renegotiate a 2015 nuclear deal it reached with world powers.

At the same time, Israel is alarmed by Iran‘s growing influence in the region through militia allies such as Hezbollah in countries such as Syria.