Israel In London, Netanyahu and Johnson Agree on Need to Stop Iran Getting Nuclear Weapon
Israel 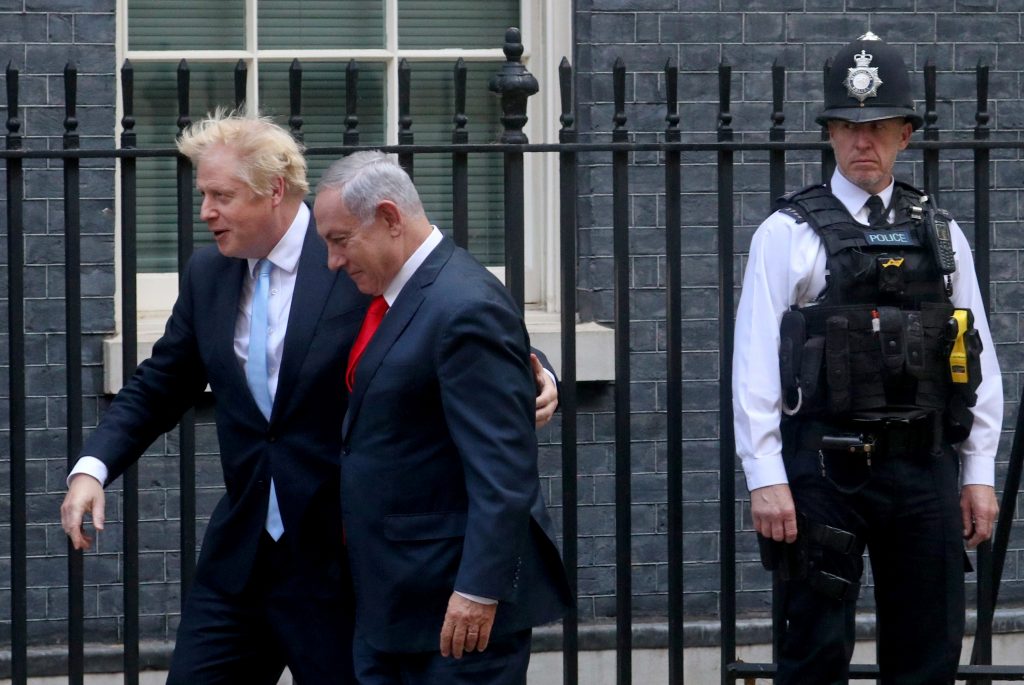 Netanyahu and Johnson agreed during their meeting on the need to prevent Iran acquiring a nuclear weapon, Downing Street said on Thursday.

“Both Prime Ministers agreed on the need to prevent Iran getting a nuclear weapon and stop wider destabilizing Iranian behavior. The Prime Minister stressed the need for dialogue and a diplomatic solution,” a Downing Street spokeswoman said.

Netanyahu was expected to meet with U.S. Secretary of Defense Mark Esper later in the day in London.

After the meeting with Johnson, Netanyahu hailed close Israel-U.K. ties, and thanked his counterpart for his “stance against anti-Semitism and support for Israel’s security.”

Before leaving Israel for London, Netanyahu expressed his opposition to renewal of talks between world powers and Iran in order to salvage the 2015 nuclear deal: “It’s not the time for discussions with Iran, it’s time for pressure.”