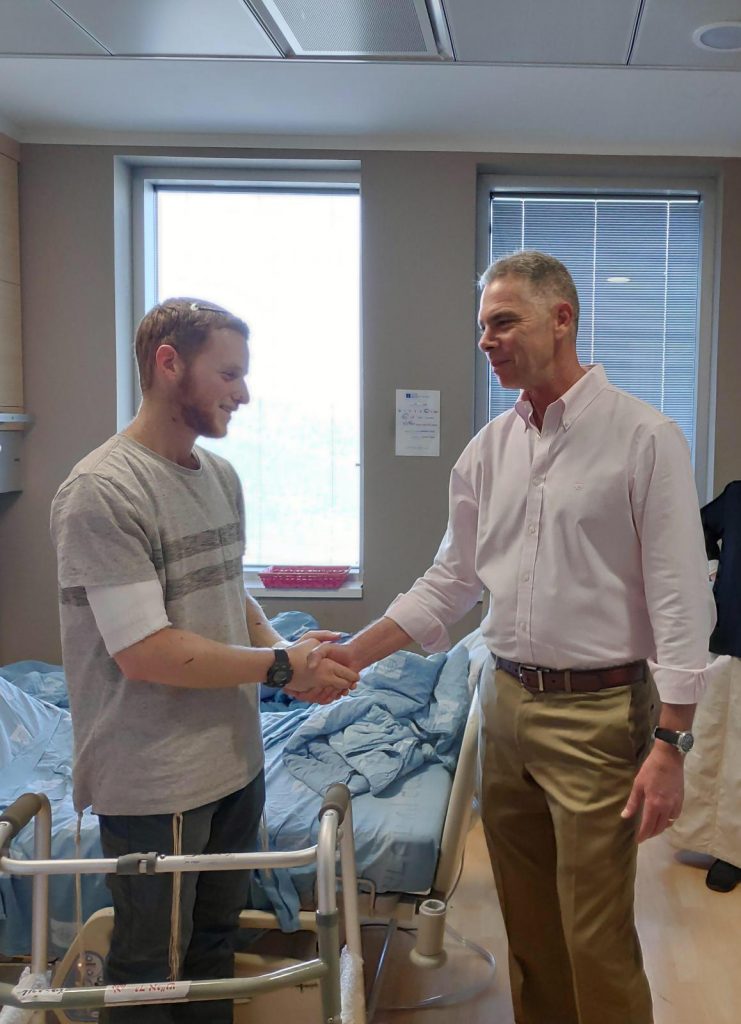 Nineteen-year-old Dvir Shnerb, who was seriously wounded in the terror attack in Dolev, was released Monday from Hadassah Ein Kerem Hospital.

When he left, Dvir thanked the Hadassah doctors and nurses, the field care providers, MDA and the rescuers and everyone who davened for his refuah.

His 17-year-old sister Rina, Hy”d, was murdered on August 23, when a grenade exploded in a spring outside the town of Dolev in Shomron.

Her father, Rabbi Eitan, and brother Dvir were also wounded in the attack. Rabbi Eitan was released last Wednesday.