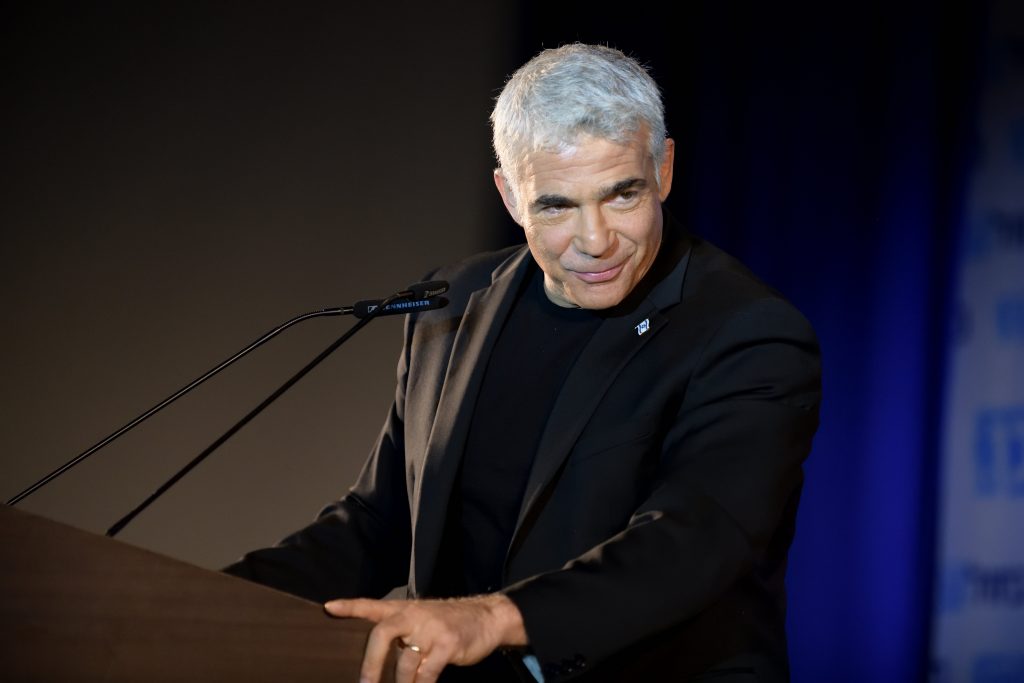 Yair Lapid predicted on Sunday that in the event of another post-election deadlock in September, Likud MKs will defect to a Blue and White-led coalition.

In an interview with The Times of Israel, the party’s No. 2 after Benny Gantz asserted that the situation next time will not allow a repeat of April’s decision to go to a second round of elections.

“Unlike then, we are already talking to everybody in Likud, who are outraged by three things: (a) They realized too late that the only thing he is negotiating for [when he tries to build a coalition] is his immunity [from prosecution]. Not, for example, their seats. He was willing to sell all the important ministries to [potential coalition] partners without leaving anything for Likud people. (b) They’re upset about the election; and (c) they’re extremely upset about this walk of shame that he forced them into — signing this North Korean-like vote of confidence. It’s not even a vote of confidence…” Lapid said, referring to a pledge taken by Likud MKs at Netanyahu’s behest that they will only recommend him for prime minister.

“The minute this election is over, and especially if there’s not a clear winner, then they’re going to get even with him,” Lapid added.

When asked about Benny Gantz’s gaffes and general awkwardness, and reports that the party is torn by internal dissension, he conceded that he’s not a natural politician, but has compensating assets:

“The people who snipe from the balcony and say, ah, they will never last, this is going to fall apart, don’t understand the relationship. The glue of Blue and White is the personal relations I have with Benny. I like him a lot and it seems that he likes me. Gabi [Ashkenazi] is a real friend. I get along with Bogie [Moshe Ya’alon] much better than people tend to think. All four of us have a similar sense of humor. I tend to believe this is important.”

Lapid expressed optimism about the September vote, based on his perceived disillusionment with PM Netanyahu over an increasingly shaky economy, divisive campaign tactics and his efforts to secure immunity from prosecution.

Turnout on September 17 will favor Blue and White, he said.