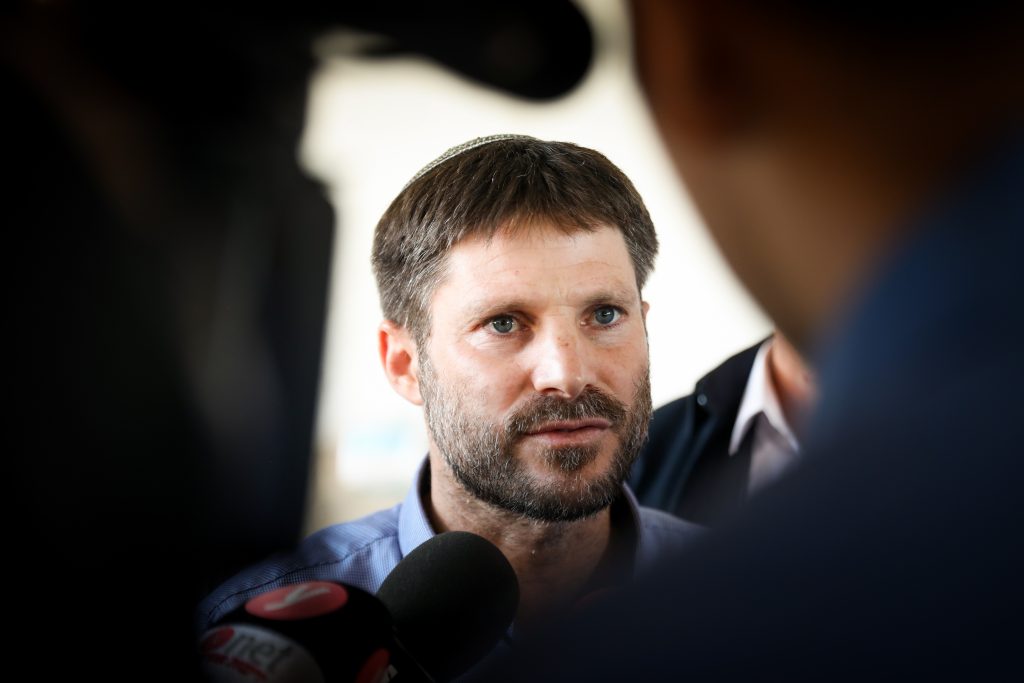 Smotrich explained that regarding comments made abou the court decision to prohibit separate seating for men and women in a concert for chareidim in Afula, he reacted to the “scorn for Judaism and anyone who believes in its values. Out of pain, difficult things were said that should not be said between a minister and the Prime Minister and for that I am sorry.”

He added that the party will back Netanyahu in his struggle to prove his innocence in the corruption cases against him.

“Netanyahu is the leader of the right. He is a good prime minister,” Smotrich said.”When there needs to be criticism, we’ll know how to criticize.”

Smotrich emerged from a meeting with Netanyahu early Monday evening still the Transportation Minister, according to media reports.

While there was no official word from either Netanyahu or Smotrich, it appeared that the outspoken minister will continue in the post, despite his public criticism of the prime minister in recent days over the handling of the situation on Har HaBayis and the cancellation of the event in Afula.

Prior to the meeting, there had been much speculation that PM Netanyahu might fire him, but it seemed that he took the advice of Interior Minister Rabbi Aryeh Deri to rebuke Smotrich but let him stay on, according to a Walla report.

Smotrich agreed to issue a statement toning down if not retracting his remarks, according to Channel 12. Among other things, the brash minister complained that Netanyahu was showing “no leadership.”

The statement was expected during a speech scheduled for later Monday evening at an event officially launching the United Right party’s campaign.

Smotrich is said to have consulted with United Right leaders Ayelet Shaked, Rabbi Rafi Peretz and Naftali Bennett about how to handle the matter, which The Times of Israel referred to as a “kerfuffle.”

Smotrich assumed a business-as-usual air before the meeting, and tweeted that “we have a ton to do,” to expand the Jewish communities in Yehudah and Shomron.

Netanyahu was reportedly under pressure from within the Likud to dismiss the obstreperous Smotrich from the ministry.